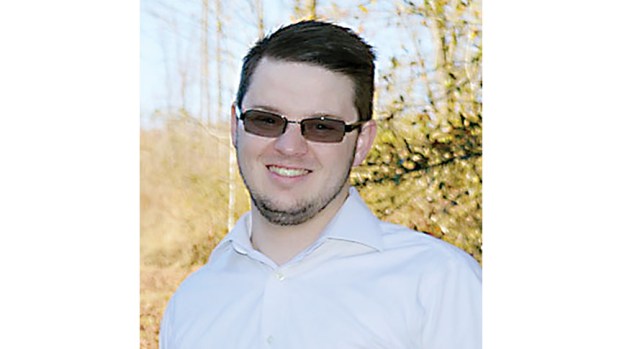 Andy Bates is a man who appreciates innovation.

Bates, 23, has lived in Wesson his entire life. He is the son of Joe and Darlene Bates. He has one brother — Tony, 24.

He is a 2014 graduate of Wesson Attendance Center and received his associates from Copiah-Lincoln Community College in December of 2015. He will graduate from Co-Lin again in May with a degree in computer networking.

At Co-Lin, Bates is a member of Phi Theta Kappa and National Technical Honors Society. He is a member of the Mississippi Air National Guard, where he was sworn in back in November. In his spare time, he enjoys playing video games and working out at the gym.

He is newly engaged to Natalie McKenzie of Brookhaven. The couple has dated for three and a half years. The two met at Co-Lin, where they were both a part of the trumpet section for the Blue Wave Show Band.

Something that many people may not know about him is he’s been to a number of concerts, and that many of them are rock concerts. An interesting tradition he has is going with his family every year to watch the Fourth of July fireworks show at Empire Truck Sales.

Something he can’t go without is technology. Bates says his best quality is that he doesn’t mind change, as this helps him adapt in most situations.

His life’s biggest goals are to have a family and be successful.

The most recent addition to St. Francis of Assisi Catholic Church traveled over 9,000 miles and crossed an ocean to... read more