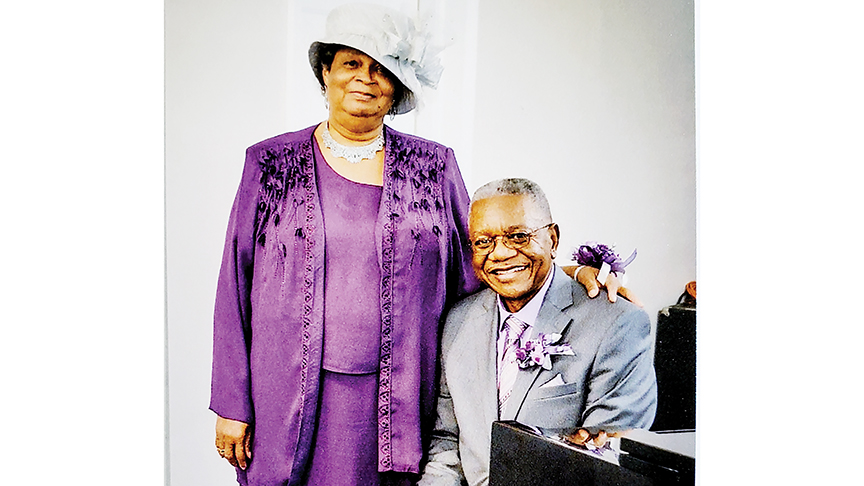 Photo submitted Rev. Eugene and Cora Edwards are the grand marshals for the 15th annual Dr. Martin Luther King Jr. Parade, which is set to roll at 3 p.m. Sunday from the intersection of East Minnesota and South First streets. The parade will end at Alexander Jr. High School.

For years, Cora Edwards has watched from the sidelines as the annual parade honoring one of her heroes rolled past her.

She’ll finally be waving at those watching Sunday as she and her husband serve as grand marshals of the 15th annual Martin Luther King Jr. Parade.

The Rev. Eugene and Cora Edwards will be leading the parade, which lines up in front of Williams Mortuary near the intersection of East Minnesota and South First streets about 3 p.m. Sunday.

“It’s an honor to be chosen as one of the grand marshals for the parade because the parade in itself is a celebration of the life and legacy of Dr. Martin Luther King Jr.,” she said.

Edwards said she’s participated in the parade before, following along as the troop leader for the Girl Scouts, with New Zion Union M.B. Church where her husband pastors and with the auxiliary for Zeta Phi Beta Sorority.

“I’ve been in the parade many times and even watched from the sidelines with my children and grandchildren, so to participate as one of the grand marshals is indeed very special to me,” she said. “The parade is one of the ways of bringing awareness to the dream that Dr. Martin Luther King had.”

Last year, Rev. Edwards spoke at an MLK event held following the parade at St. James M.B. Church hosted by the Lincoln County Ministerial Alliance. Rev. Kendall Poole said the tradition will continue with a program again at St. James beginning at 6 p.m. Rev. Phillip Hamilton will be the guest speaker this year.

Riding in the parade as grand marshal with his wife is a huge honor, Edwards said.

“I think this a pivotal time in our country’s history,” he said. “I am honored to be chosen as one of the grand marshals for the parade, along with my wife Cora of 47 years of marriage, to celebrate the beauty and the diversity of those who live in Brookhaven.”

The Edwardses’ grandsons, Austin Edwards and Jordan Blackwell, were among eight people — including a Lincoln County Sheriff’s deputy — who were killed in 2017 by one lone suspect.

“I feel that the spirit of the parade, the spirit of Dr. Martin Luther King’s leadership and legacy, is about remembering that we are all in this together, diverse though we may be, we have so much more in common,” he said. “So in this parade, there will be moments to cherish and to march on and remember that Dr. Martin Luther King promoted non-violence, and we need that today, more than ever.”

He was employed with Packard Electric-GM in Clinton in 1973 and retired from Delphi Electric Systems in Brookhaven in 2001. He became the first president of IUE Local 718 in 1982.

Her teaching profession began as an intern with Hinds County/Jackson State Teacher Corps and she went on to the Jackson Public School and Brookhaven Public School districts where she retired with 30 years of experience.

After retirement, she became the administrator and principal of the Willowood Developmental Center.

The Edwardses are active in many church and civic organizations and activities. They are also co-CEOs of Toots Florist.