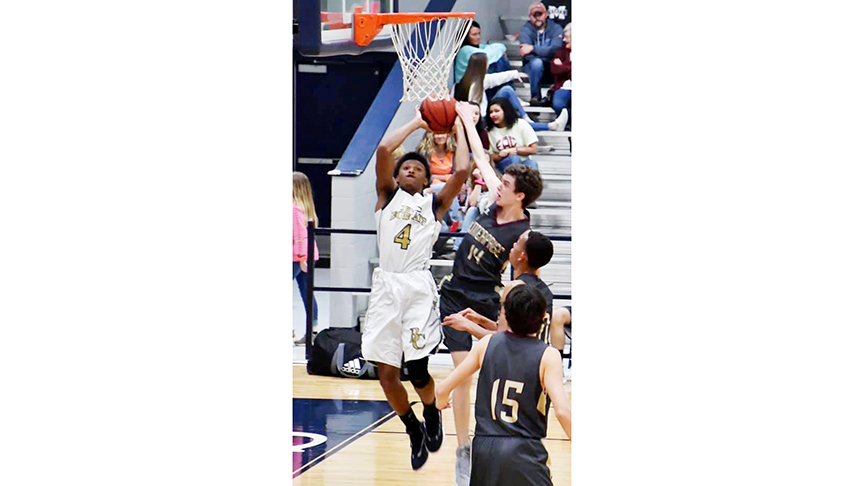 Bogue Chitto’s defense caused havoc all night for Enterprise, as they were able to force turnovers. Enterprise fought all game long to stay in the game, cutting the BC lead to four points late in the third period before the Bobcats held them off over the final quarter.

“We played good man to man defense,” Bobcats Damarcus Godbolt said. “We were sloppy with turnovers on offense with our passing. We had guys come in and hit good shots.”

With the first four minutes gone in the first, Enterprise had built an 8-3 lead.

Bogue Chitto fought hard to keep the game close, as they were down just one point, 10-9, with two minutes left in the first quarter.

The Bobcats would take the lead at the free throw-line, as Cameron Gladdens made both of his charity shots.

Playing from behind, Enterprise slowly started to chip away at the Bobcats lead.

Bogue Chitto went into halftime leading 30-25 and were up 42-31 after three quarters.

Down 48-42 with just a minute left, Enterprise started intentionally fouling, in hopes to pull out a comeback.

Enterprise wasn’t able to pull the comeback as time ran out on them.

“I thought the boys did a good job fighting to stay in the game,” Enterprise coach Shane Adams said. “We just couldn’t make all our shots. Bogue Chitto made the needed shots at the end to pick up the win.”