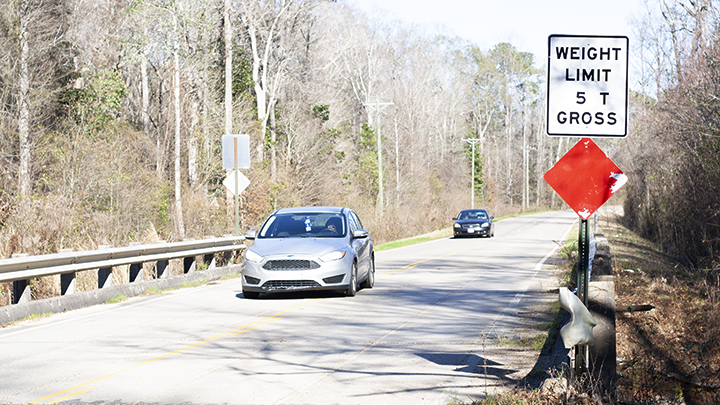 Lincoln County will get almost $5 million in state funding to help repair or replace failing bridges. The funding is part of $250 million announced by the Mississippi Transportation Commission Tuesday.

Statewide, the approved projects will repair or replace 200 bridges, including 99 that are currently closed and another 91 that have posted weight restrictions.

In Lincoln County, the following bridge projects will receive funding:

“The Transportation Commission worked closely with MDOT and the advisory board to ensure the most effective statewide allocation of funds which improves public safety and strengthens Mississippi’s economy,” said Commissioner Tom King, Southern Transportation District. “The selected projects will replace closed and posted bridges, reopening many agricultural and commerce corridors as well as providing safe passage for emergency vehicles and school buses.”

“While we were not able to fully fund the $1 billion in requested applications, it is a start to addressing the state’s critical infrastructure needs,” said Commissioner Dick Hall, chair, Mississippi Transportation Commission. “We want to thank Gov. Bryant and the legislature for this is a step in the right direction. However, we need sustained funding to address all deteriorating bridges and crumbling roadways.”

Lincoln County backed a lawsuit in 2018 aimed at overturning an emergency declaration that closed bridges across the state. More than 600 bridges were closed statewide after the U.S. Department of Transportation ordered Mississippi to contract with out-of-state engineering firms for a comprehensive inspection of county-owned bridges.