This is a good time for some gospel music 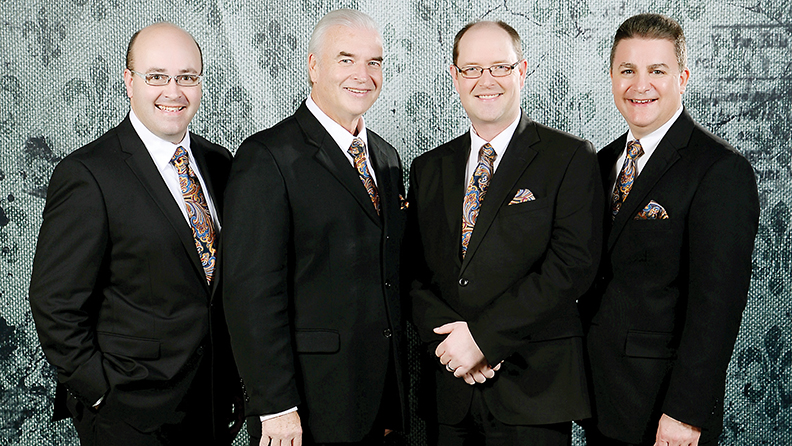 The Dixie Echoes, billed as “one of America’s favorite gospel quartets,” will be in concert at the church Feb. 1 at 7 p.m.

Smith developed a working relationship with the members of the quartet by having them as guests as his previous church several times.

“It has always drawn a huge crowd from this area, and it is great ministry,” Smith said.

The original lineup of The Dixie Echoes first took the stage more than a half-century ago, in 1962. Considered a pioneer gospel group, they’ve released nearly 70 albums, had numerous top 10 singles, and six of their members over the years have been inducted into the Southern Gospel Music Association Hall of Fame.

Already with the Echoes for 11 years at that time at the baritone position, Randy took over lead in his father’s footsteps. “Scoot” joined the group in 1995. Adair and Cates have been with the quartet since 2015 and 2016, respectively.

The group has been comprised of a combination of four or five singers plus musicians since J.G. “Ole Gospel Man” Whitfield left The Florida Boys in 1958 and formed The Messengers in 1960. The group rechristened themselves in 1962 as The Dixie Echoes Quartet, and more than 50 voices have come and gone through the lineup over the years since.

“They’re not there just to put on a show, but they’re there to spread the gospel through song,” said Smith.

For Smith, the goal of the event is to reach out into the community to expose more people to the gospel of Jesus.

“We want people to hear the gospel in a casual environment — to come in and hear some good music,” said the worship pastor.

The concert is free and a love offering will be taken. Doors open at 6 p.m.