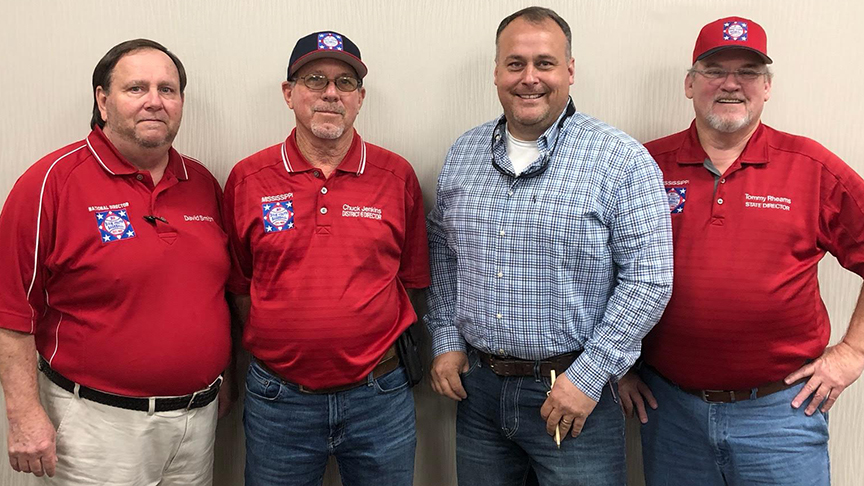 Dozens of future baseball sluggers are headed to Lincoln County in July and bringing with them their mommas, their daddies and their cash.

“There won’t be a hotel room in McComb or Brookhaven, I can promise you, and the restaurants will be full,” said Dixie Youth State Director Tommy Rheams.

At least 40 teams from Mississippi, Alabama, Arkansas, Louisiana, Tennessee and Texas will be playing in the tournament in the 6U coach pitch, 6U T-ball, 7U coach pitch, 9U and 11U Ozone age divisions.

With 12 players on each team, Rheams expects about 30 to 40 people or more per team to descend on Lincoln County for the four-day event.

“You relate that back to hotel rooms, gas, restaurants. It’s a huge economic impact,” he said.

Quinn Jordan, director of the Lincoln Civic Center and baseball complex, bid against Hattiesburg, Laurel and Cleveland for the World Series. Rheams said when more than one city makes a bid, the Dixie Youth board of directors vote. They chose Lincoln County.

“They liked that it was a newer ballpark and a part of the state that we haven’t played the big tournaments in,” he said.

The $2.922 million complex opened in April 2016 after nine months of construction. The facilities include five fields, air-conditioned bathrooms, a press box and concession area.

Rheams said many families traveling long distances will likely arrive Wednesday to be in town before Thursday’s opening ceremonies. The teams will play ball Friday, Saturday and Sunday. And while there will be a lot of activity at the ball fields, most players and their families will have time to explore the area.

He anticipates McComb will reap a lot of Brookhaven’s benefits though, much like Hattiesburg does when Laurel hosts a tournament.

“It’s going to be a big impact, but the problem with Brookhaven is, McComb is going to reap a lot of the benefits because they’ve got a lot of hotels down there. There’s not enough hotels in Brookhaven,” he said.

Jordan said as the tournament host, Lincoln County will be able to designate a team for each division so now is the time to register for the 2019 Lincoln County Dixie Youth Baseball League at www.lincolnciviccenterbaseballcomplex.com.