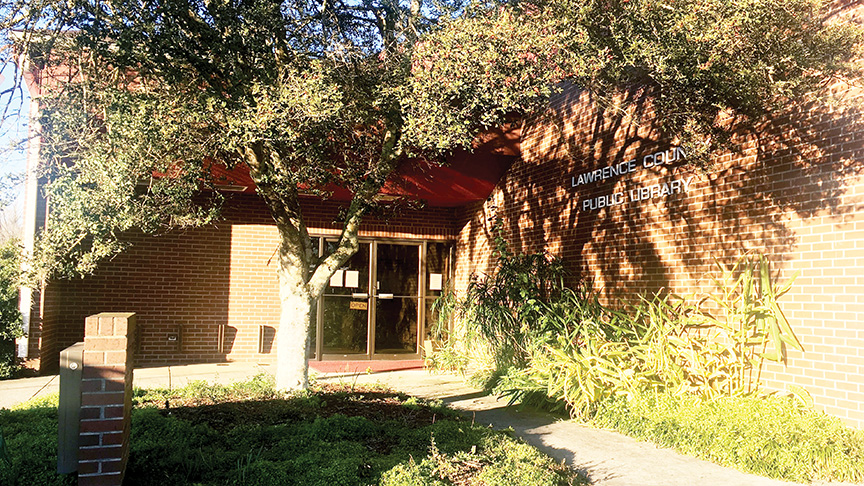 Photo submitted The Lawrence County Public Library was the victim of burglary between the time it closed for business Saturday and reopened Monday. A computer and iPad were taken. A suspect is in custody.

People take things from the library in Monticello all the time, but it’s usually during business hours when the building is open.

Monticello police picked up a 14-year-old suspect Tuesday on felony charges of burglary and grand larceny after Lawrence County Youth Court issued the order. He was taken to the Rankin County Juvenile Detention Facility.

Police Chief David Stanley said employees of the Lawrence County Public Library at 142 Courthouse Square discovered a learning computer from the children’s section missing when they opened the library Monday. The computer is valued at $2,500. An iPad was also missing, he said.

Stanley said the break-in likely occurred sometime after closing Saturday and before opening Monday. Employees arriving for work Monday found a sliding glass door at the back of the library unlocked.

Police believe the teenager was at the library Saturday before it closed and unlocked the door, then returned later and entered the building.

Stanley said after the theft was reported, an officer remembered seeing a group of boys near the library that he recognized. The investigation led police to one of the youth and the items were recovered.