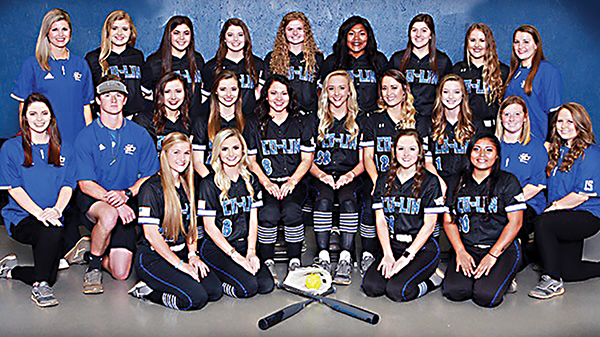 A new face will lead the 2019 Copiah-Lincoln Community College Lady Wolves for the first time since 2002. Meleah Howard takes the helm for her first season as head coach after a stellar career in the high school ranks, most recently at Lawrence County High School where she led the Lady Cougars to a 31-4 overall record and runners-up in the MHSAA 4A State Championship. Howard was a 2008 graduate of Co-Lin and was a member of the Lady Wolves team that finished in second place at the NJCAA National Tournament.

Howard has a lot of momentum to build on as the Lady Wolves hosted a first round best-of-three series last season for the first time since 2009, and she has the same expectation this season.

“I expect us to play in the state tournament,” she said. “We can contend in the MACJC and if we can get everybody on the same page, we can win. We are not intimidated by this league…it’s a good challenge and I’m very competitive so I think we will go out and give everybody a run for their money.”

The Lady Wolves look to be successful in 2019 by being a well-rounded team that does not rely too heavily on any one aspect of the game, a feat that is key said Howard.

“It has to be a team effort,” said the first-year coach. “From defense to offense to base running, you can’t just be great at one thing and I think we have a chance to do that.”

The Lady Wolves have some good bats returning to the lineup this season in Harmoni Ashley, Julie Scheuermann, Callie Fortenberry and Tori Pettit.

“We have a really good mix at the plate,” said Howard. “We will be a gap to gap hitting squad rather than power, and we plan to be aggressive because that’s just my style. Smart, but aggressive.”

Ashley, a sophomore infielder from Wesson, drove in five runs and drew three walks in limited action as a freshman and looks to utilize her power at the plate this season.

Scheuermann returns for her sophomore campaign after driving in 25 RBIs and batting a .294 last year. The Destrehan, Louisiana, native led the Lady Wolves in doubles with nine. Scheuermann is a leader on the field from the catcher position and is known as a “go-getter” that pitchers love to throw to.

Fortenberry is the Lady Wolves’ only slapper in the lineup and looks to be effective once again in 2019. As a freshman, she batted .296 with 16 RBIs and 11 stolen bases. The sophomore from New Hebron, plays with a lot of heart and is very competitive and hopes to continue that effort this season.

Pettit, a sophomore from Florence, saw 72 at-bats as a freshman and posted a team-best .319 batting average. She had an on-base percentage of .417 and drove in 15 RBIs on the year. Pettit hopes to continue to carry a hot bat this year as she will see action in the heart of Co-Lin’s lineup. Pettit was one of only two Co-Lin freshmen to earn post-season honors last year as she landed MACJC Second Team All-State honors.

In the circle, Co-Lin has two returning pitchers in Mackenzie Gros and Makenzie Smith. The duo combined for 41 appearances last year, but will be joined in 2019 by Kaytlon Ward, a freshman from Grant, Louisiana, and Brinson from Wesson.

Gros posted an 8-3 record last season as she racked up 86.1 innings pitched. She finished the year with 36 strikeouts and had a 2.59 ERA. Gros earned MACJC First Team All-State honors for her breakout freshman season. Smith threw only 41.1 innings but struck out 35 on the year. She finished with a 5.08 ERA.

“We have a couple of different styles and looks in the pitching game,” said Howard. “We spin the ball well and can bring a lot of things to the table like mixing up the speed.”

Co-Lin looks to be solid in the field in 2019. The team finished with a .908 fielding percentage last year and hopes to be even better this season.

“We are solid on the defensive side,” said Howard. “We have great speed in the outfield and have some very gritty infield players that all have good arms.”

Root will suit for the Belhaven Blazers this season as a junior and Hulin will play for the Mississippi College Choctaws as a sophomore.

Two first-year assistants in Sam Lee and Drake Flowers will join Howard at the helm this season as the Lady Wolves as look to continue the tradition of success.

The Lady Wolves have talent at every position and a coaching staff that is eager to take on the MACJC. The stage is set for Co-Lin to play aggressive softball with speed on the base paths and ferocity at the plate and in the field. Expect the Lady Wolves to light up the scoreboard and play an exciting style of ball.