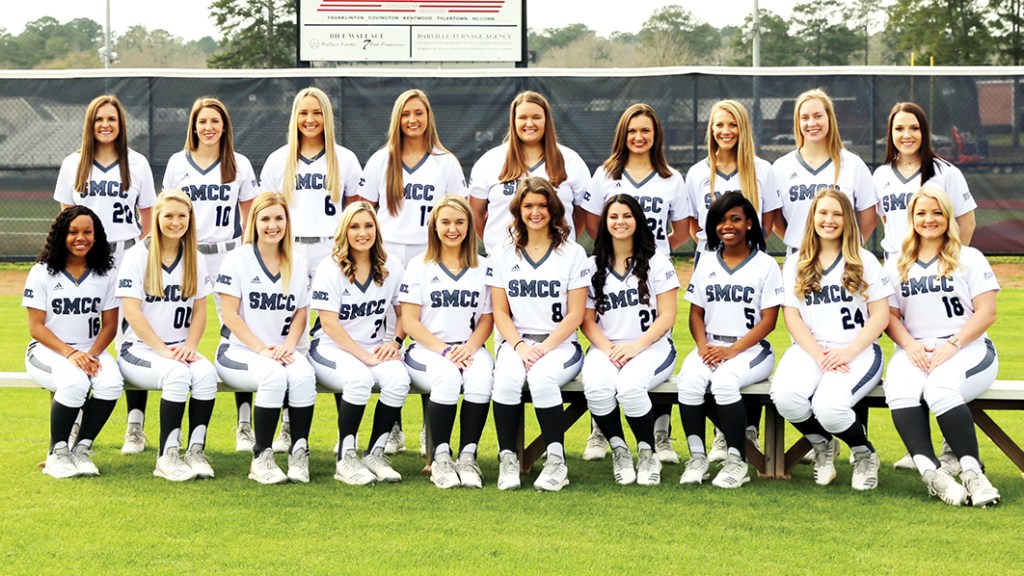 As the Lady Bears softball team prepares for the start of the 2019 season, fourth-year head coach Shea Johnson says fans should look for good things from his squad as the season unfolds.

“We had a very good fall season,” Johnson said, “and played competitive against some four-year schools and beat the schools we’re supposed to beat. So, (with) the transition from fall to now, the cohesion of the team (and) the direction it’s going, I believe we’ve got good things” in store.

Johnson said he expects his team to “be exciting to watch. We have some very strong bats throughout the lineup (and) we have a lot of speed in the lineup. As a team, we batted .365 in the fall so I think it’s exciting going into the season.”

Looking at his outfield, Johnson said he “has some shoes to fill although we return a couple of players in Jami Spears (North Pike High School) and Tia Bussey (Brookhaven High School).” Johnson said both players “had a great fall. Tia’s really come on as a slapper, putting the ball in play hard. She’s solidified a spot, probably in left field.”

Also looking to see playing time in the outfield are freshmen Ty Davis (Lawrence County High School) and Linley Smith (North Pike High School). Johnson said Davis is “a tremendous athlete in centerfield” and Smith has “done a wonderful job. She gives us a lot of depth and can push for a starting position also.” Madison Gower (Pearl River Central) will also fight for playing time.

There are also shoes to fill on the infield with the loss of starters at 2nd base and 3rd base. “With that being said,” Johnson stated, “we anchor our infield with a phenomenal shortstop in Terrah Nelson (Bogue Chitto High School). She had a great year last season (which culminated in her being named 2nd Team All-State). Replacing her next year will be really tough. Terrah is a solid player and leads our defense in the infield.”

With the departure of Ashley Elsensohn (a Mississippi College signee), Josey Nations (Lawrence County High School) seems to have the inside track at 2nd base. Johnson said “she did a phenomenal job in the fall.” As a senior, Nations helped her team to a runner-up spot in the state tournament.

Returning at 1st base is Carrington Jefcoat (Parklane Academy). At 3rd base, Ryleigh McManus (Silliman Institute-Clinton, Louisiana) looks to be the starter.

Makennah Redd (West Lincoln High School), who saw limited action in 2018, is back at the catcher’s spot.

Johnson said she saw a lot of playing time in the fall. New behind the plate is Arkansas-Monticello transfer Scottie Metrejean (Morgan City, Louisiana, High School). Johnson said in her short time with the team, Metrejean “has done a really good job” and also that, “having Redd and Metrejean as well as Carrington, has solidified the catching position.”

Johnson says he has a lot of depth inside the pitching circle. Returning are Jordan McNabb (Columbia Academy) and Kalyn Chemin (Enterprise Attendance Center). Johnson said McNabb “will help anchor the pitching staff. She started some last season. She not only brings a lot with her pitching, but she’s probably a better hitter than pitcher. She knocks the cover off the ball and is the true definition of a power hitter.”

Chemin “pitched out of the bullpen last season,” said Johnson. “She will be one of those kids that can push for a starting role, but can (also) give you those three good innings (out of the bullpen) anytime we need her and I’m excited about that.”

Hunt “had a great fall and brings a lot of power,” said Johnson. “She will probably become one of our starters. She pushes off hard and really throws the ball, I’d say in the low 60s, consistently.”

Johnson said Latham was “one of the best strikeout pitchers in the high school area last year. She’s done a tremendous job for us and we’re expecting big things out of her.”

Nations “led her high school team in pitching” Johnson said. “She’s probably our fastest pitcher, can live in the 60s. She’s always had a good rise ball, but has developed some more pitches with her changeup being one of her best.”

The playoff format for MACJC softball has changed for 2019 with the top eight teams in the advancing. Johnson said he would “be disappointed if we don’t make the top eight. We pushed for it last year. I think the new format gives a better opportunity to get to day two or three of the tournament.”

“Our league is competitive,” Johnson said. “We’re starting to see programs that were some of the weaker programs now becoming better and better. So, there are no safe games anymore.”

Johnson said the Lady Bears will take 2019 “one game at a time, one inning at a time, on play at a time, one pitch at a time and I think that will show where we’re at and it certainly makes us a better team as a whole.”

Joining Johnson in the dugout in her first season as assistant coach is former William Carey University standout Hannah Price.

The Lady Bears are slated to get their season started at Hinds Community College Monday; their home debut is set for Wednesday with a 3 p.m. doubleheader against Baton Rouge Community College.