Zaxby’s to open Monday on Brookway 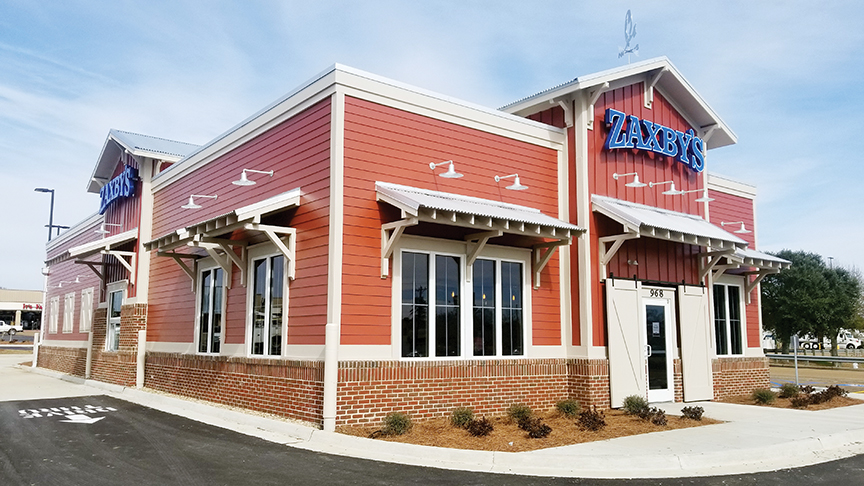 Photo submitted The grand opening for Zaxby’s on Brookway Boulevard is Monday at 10:30 a.m. The first 100 guests in line at 10 a.m. will receive a Zaxby’s Deck of 52 Dealz.

Whether you’re a fan of “wimpy” chicken or like your heat “insane,” the newest restaurant to open on Brookway Boulevard has you covered.

A Southeast favorite for chicken fingers and wings, Zaxby’s is celebrating the grand opening of the chain’s newest location in Brookhaven Monday.

To celebrate the grand opening, the first 100 guests in line by 10 a.m. will receive a Zaxby’s Deck of 52 Dealz, including menu favorites like a free appetizer and other items. Each deal is valid for one week during the specified dates.

“We are thrilled that our dream of opening a Zaxby’s together is finally coming true,” said Tyler O’Neal, licensee of the new location along with partners Ben Goza, Lance Newman and Ryan Case. “We believe this brand will be a great fit for Brookhaven and look forward to providing the community with exceptional food and service.”

Popular items include hand-breaded Chicken Fingerz and traditional or boneless wings in a choice of nine sauces with names like Wimpy, Tongue Torch, Nuclear and Insane. There’s also teriyaki, barbecue and original for the less adventurous.

The fast-casual restaurant is also known for its salads — make that Zalads — such as Cobb, Caesar and Blue, with blackened chicken, chopped Buffalo Chicken Fingerz or other chicken options atop them — or no chicken for a vegetarian variety.

Founded in the 1990s by childhood friends Zach McLeroy and Tony Townley, Zaxby’s has grown to more than 900 locations in 17 states. It is headquartered in Athens, Georgia.