With 42 down, 5 bridges next up for repair 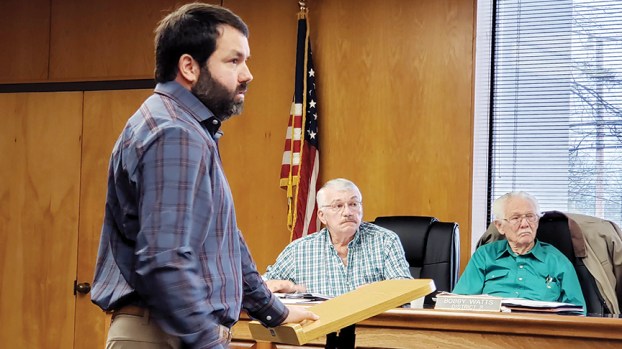 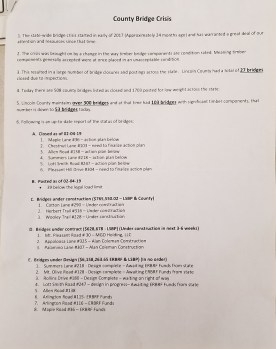 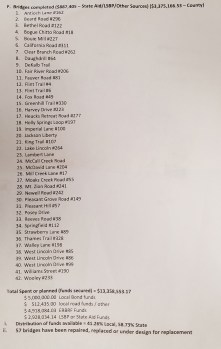 Engineer Ryan Holmes is hopeful money from the state will start flowing under the county’s broken bridges soon.

Lincoln County will get almost $5 million in state funding to help repair or replace five failing bridges. The funding is part of $250 million announced by the Mississippi Transportation Commission Tuesday.

Holmes, the county’s engineer, told supervisors this week Mississippi Department of Transportation officials are working on a memorandum of understanding and he expects it to make its way to Lincoln County in the next few weeks. Supervisors will have 30 days — two board meetings — to return it.

Holmes expects a portion of the money will be sent first to get projects kicked off.

In Lincoln County, the following bridge projects will receive money through the Emergency Road and Bridge Repair Fund:

Summers Lane and Mt. Olive Road will be the first advertised because the designs are complete, he said.  The design is in progress for Lott Smith.

“Once we get that memorandum signed we can start the process as far as designing and getting approvals,” he said. “Since we haven’t seen that memorandum of understanding, we don’t know exactly what all requirements we’re going to have to comply with.”

Holmes expects the process to move swiftly. He said the county applied in December and received notification of the award in January.

“We don’t expect a lot of red tape, but I do think there will be a smidge of one,” he said.

While at the meeting, Holmes brought supervisors up to speed on other bridge projects throughout the county.

Holmes expects construction to begin in the next three to six weeks, if weather allows, on three bridges — Mt. Pleasant Road, Appaloosa Lane and Palamino Lane. All three are using LSBP funds of $628,678.

Thirty-nine bridges are posted below the legal weight-bearing limit. Holmes expects that number to continue to decrease as they make repairs.

“One bridge, I’ve bought three sets of signs,” Williamson said. “That’s a lot of money though, just for signs.”

Holmes gave supervisors a list of 42 bridges that have been repaired, replaced or removed using $887,405 in state aid, LSBP and other sources and $3.375 million in county funds.

“It’s quite a list. It’s just remarkable,” he said. “I know y’all have worked hard, every one of you in your district.”

“As y’all know, we maintain over 300 bridges and at one point we had 103 of those bridges that had significant timber components in them. That number is down to 53 today,” Holmes said. “Y’all have done that.”

Homes also reminded supervisors of the ever-present road problems in the county.

“In the past 24 months, we have spent an inordinate amount of time on bridges, more than I had wanted to, more than we needed to at times, because now we have a major issue with our roads and the condition of them but we’re going to conquer that as well,” he said.