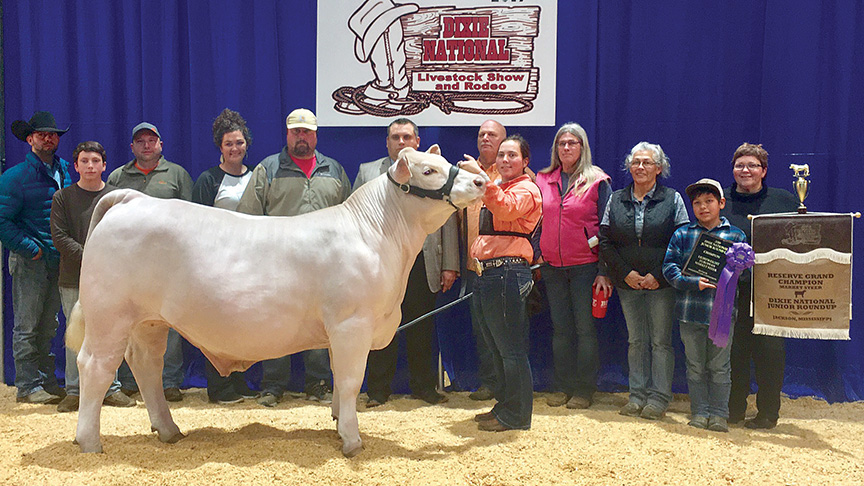 A Loyd Star senior will represent Lincoln County today in the Dixie National Sale of Junior Champions at the state fairgrounds.

“I’ve never done the Sale of Champions at Dixie National,” she said. “I’m excited about it.”

Posey got Charlie at the end of last summer, when he weighed only 500 pounds. He hits the scale at more than 1,100 pounds today.

Posey said getting the steer fattened up and ready for competition required a daily commitment. She had to feed, spend time and take care of Charlie to get him ready to be judged.

It was the second year Posey has participated in the market steer class. She previously showed goats, heifers and bulls. The senior said it has been a learning experience for her.

“I learned responsibility, dedication, work ethic,” she said. “I couldn’t have done it by myself.”

One of her helpers was 4-H Extension Agent Jennifer Williams.

“The Sale of Junior Champions is an opportunity for youth to showcase their hard work and talents. It’s not a competition, it’s a an event where buyers from across the state come together and purchase the different animals. Only the champion and reserve champion market division winners will make it to the sale.”

Williams said it’s a privilege to participate in the Sale of Champions.

“The buyers who purchase these champions are making a great investment in the future of these youth,” Williams said.