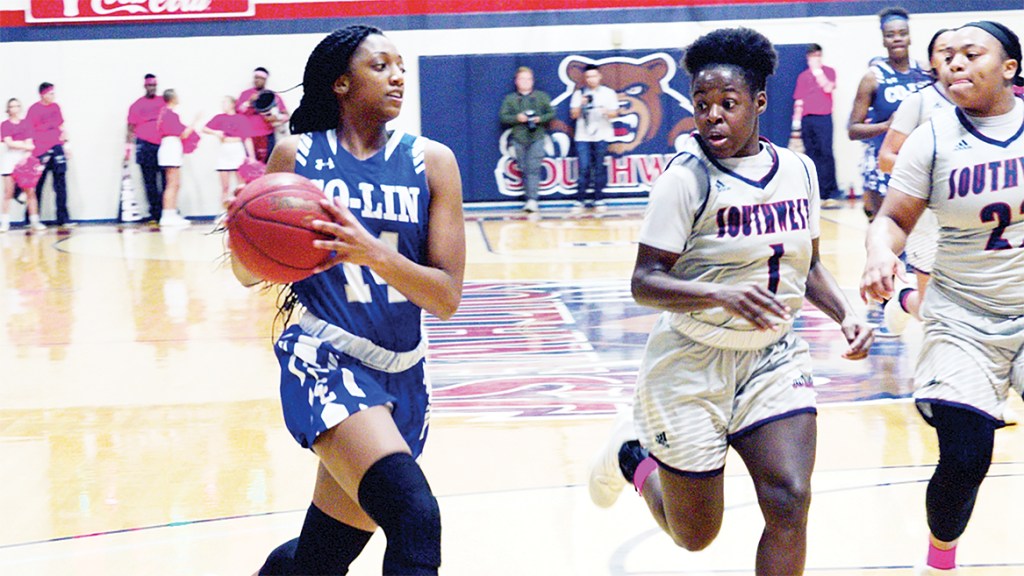 The Copiah-Lincoln Community College Lady Wolves poured in 25 points in the fourth quarter to defeat the Southwest Lady Bears 67-51. The 16-point victory moved Co-Lin to 16-4 on the year and to 7-4 in MACJC South Division play. Co-Lin is back in Wesson Thursday, as the Lady Wolves face Hinds in Mullen Gymnasium.

“We still have things to work on, but overall our free throw shooting was good,” said Co-Lin head coach Gwyn Young. “I’m proud we got a win, we just have to just keep going, especially with these two home games coming up.”

The first quarter was low scoring as the Lady Wolves and Bears battled on the hardwood. Co-Lin capitalized on several trips to the free throw strip during the opening 10 minutes and led 14-8 after one.

In the second, Co-Lin came out firing with a 12-1 run led by Sha’Quandra Carter and a big three from Azaria Magee. The burst put the Lady Wolves on top by 17, 26-9. Southwest refused to let the run end the game early and bounced back with an 11-2 run to close out the first half. The rally cut the Lady Wolves lead to just eight, 28-20, going into halftime.

The Bears continued to chip away at the Lady Wolves in the second half and cut the lead down to two, 32-30, with 5:34 remaining in the quarter. Co-Lin held off that push, but a three from Southwest’s Terralyn Ulmer late in the third narrowed the gap to just one, the lowest margin of the game.

The Lady Wolves stepped it up in the final minutes of the third and the fourth as they scored 27 in the last 11 minutes of play. Co-Lin ran away with the contest in the fourth and closed the game on a 6-0 run.