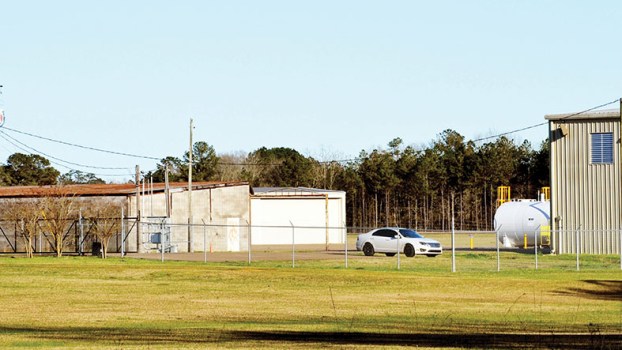 Photo by Donna Campbell The Brookhaven Board of Aldermen voted Tuesday to approve a 20-year, $12 million capital improvement plan for the Brookhaven-Lincoln County Airport. 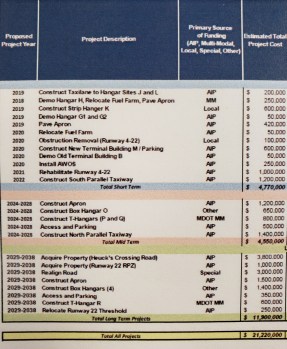 Brookhaven aldermen got on board Tuesday to approve a $12 million capital improvement plan at the Brookhaven-Lincoln County Airport that will cover additions and renovations over the next two decades.

Aldermen voted 5-0 to borrow $600,000 on a five-year note to begin design and bidding on a strip hangar, which gets the ball rolling toward completion of a list of short-term goals laid out by engineer Ryan Holmes with Dungan Engineering. Ward 2 Alderman Shannon Moore and Ward 3 Alderwoman Mary Wilson did not attend the Tuesday afternoon special-called meeting.

The airport, constructed in 1967, includes a 5,000-foot asphalt runway that is 75-foot wide. The airport sees 9,500 operations annually, Holmes said. Each landing and takeoff counts as an operation.

The 20-year plan is designed to take what’s there and either relocate it or replace it to allow for optimum use of the property and facilities.

“The current layout isn’t ideal. It doesn’t allow for good traffic flow for planes,” he said.

Traffic must cross the area where planes travel to get to the terminal building to park, which is not ideal, Holmes.

The plan calls for a new strip hangar to be built to replace the older hangars made of block and sheet metal.

“They’re just not serving any purpose anymore,” Holmes said. “If we replace them we need some place for the planes to go.”

The newer strip hangar will serve that purpose, he said, and with the old hangars gone, the fuel farm can be moved.

Another problem is the location of the terminal.

A 1,800-square-foot terminal building includes the airport manager’s office, a waiting area, conference room, flight planning area and restrooms. The facility is adequate, but its location is not ideal because motorists must drive through the airport to get there, and Holmes said that has caused “fender-benders” with parked aircraft.

“I’m aware of several near accidents and there’s been one or two where somebody bumped into an airplane. If an airplane gets a dent, you don’t fly. It’s grounded,” he said.

The older, outdated hangars would be replaced to accommodate the relocation of the fuel farm and because their condition is poor and don’t serve the airport needs, Holmes said.

Aldermen discussed several funding sources for future plans and will seek to use funds available through the Airport Improvement Program, competitive multimodel grants and federal and state discretionary funds.

The city is entitled to $150,000 annually in AIP funds, which can be banked up to four years. There is two years’ worth available now, Holmes said.

The multimodel grant is usually limited to about $300,000 and is competitive.

The master plan is necessary to show the Federal Aviation Administration the city has short-, medium- and long-range goals for the airport.

“Once they see you’re implementing a plan they’ll put you in for discretionary funding,” said Jeff Dungan with Dungan Engineering. “It helps the FFA know what the plan is. It puts you on their radar.”