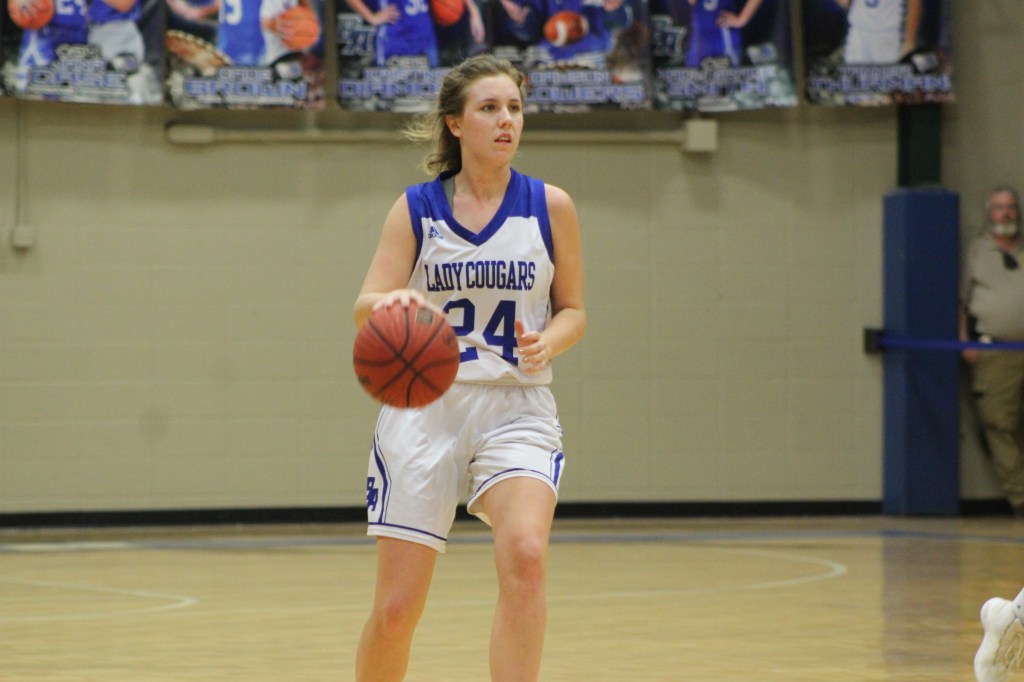 Photo by Cliff Furr/Brookhaven Academy senior guard Jana Case and her team take on Centreville Academy at 4:00 p.m. today in the semifinals of the MAIS AA South State Championship at BA. The Cougars are also in the semis on the boys' side with BA taking on Newton County Academy at 6:30 p.m.

Brookhaven Academy made short work of their competition on Thursday night in the quarterfinals of the MAIS AA South State Tournament at John R. Gray Gymnasium.

The Lady Cougars have now qualified for the AA State Tournament that takes place next week at Benton Academy. BA moves on to a 4 p.m. matchup today against the Centreville Academy Lady Tigers. Back on Dec. 12 the Lady Tigers beat BA on their homecourt by a 56-44 final. The girls’ championship game is scheduled for Saturday at 2:15 p.m.

The BA boys also played Ben’s Ford Christian School out of Bogalusa, Louisiana on Thursday night and like their female counterparts, the Cougars met little resistance from the Eagles. The Cougars (27-3) whipped BFCS 71-38 in their matchup.

BA moves on to a 6:30 p.m. matchup today against Newton County Academy. The Cougars are 3-0 against the Generals this season. NCA made the semifinals by upsetting higher seeded Glenbrook School 38-26 on Thursday night. The boys’ finals are scheduled for 5:15 p.m. on Saturday.