Brookhaven Academy on to finals after two wins on Friday 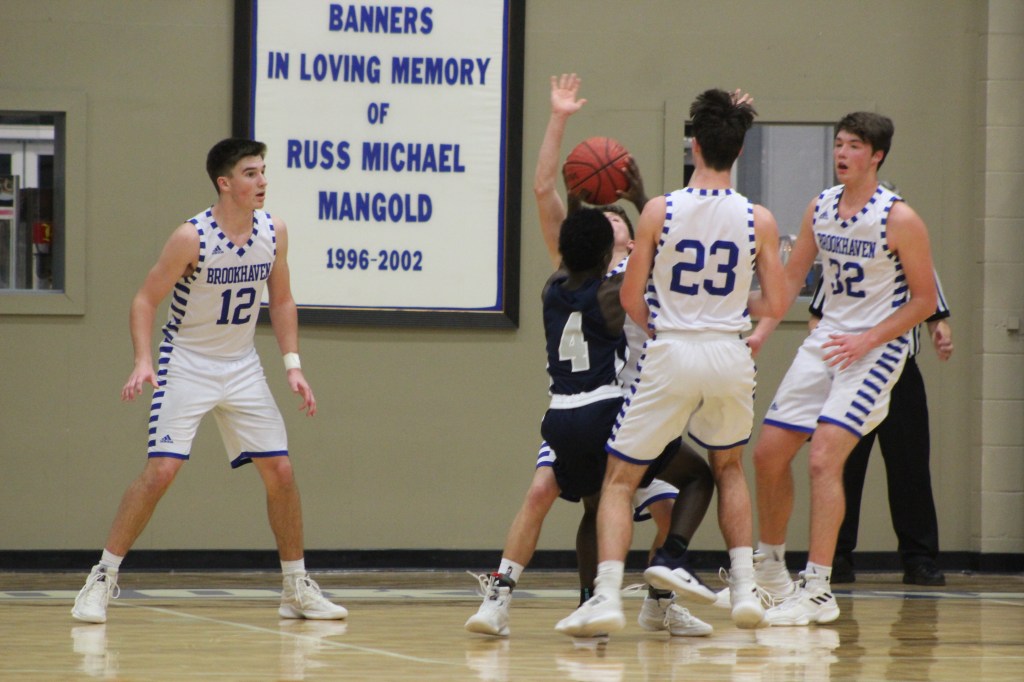 The Brookhaven Academy Cougars play in the championship games of the MAIS AA South State Tournament today on their home floor. Both teams play Lamar Christian School in the finals. The Lady Cougars tip off at 2:15 p.m. for their championship and the Cougars will play for their title at 5:15 p.m. in John R. Gray Gymnasium. Photo by Cliff Furr

The Brookhaven Academy Cougars will play for the MAIS AA South State title trophies today after two blowout victories in the semifinals on Friday in John R. Gray Gymnasium.

Although the Lady Cougars (25-6) were the first on the board as senior Jana Case hit a jump shot, the Lady Tigers scored eight unanswered points to start the game.

Trailing 11-3 with two minutes left in the first quarter, Case shot her team back into the game by hitting a 3-pointer and then another basket.

The Lady Tigers led 11-8 heading into the second quarter. The first two minutes of the second quarter saw both teams struggle to get shots to sink. With under six minutes played, the Lady Cougars fought back and made the game 13-11.

Later in the quarter BA freshman Emily Claire Felder nailed a 3-pointer to give the Lady Cougars the lead. BA led 24-18 at halftime.

Behind their defense, the Lady Cougars extended their lead in the third as they were able to force turnovers. BA led 42-30 after thee quarters.

“I’m very proud of the girls,” said BA head coach Jason Case.” They played with heart. I told them in the dressing room, when you play with heart on the court, it makes coaching fun. I had fun tonight watching the girls play, not just because we picked up the win, but how hard they played as well.”

It was sweet revenge for the Lady Cougars after losing 56-44 to Centreville at home on Dec. 12. BA now moves on to play Lamar Christian today at 2:15 p.m. Lamar Christian — out of Purvis — have a 28-3 record and beat Clinton Christian Academy 41-37 in their semifinal on Friday.

For the third time this season the Cougars (28-3) whipped Newton County Academy as the district foes met up in the semifinals.

The Cougars dominated the game from tip off until the final buzzer. It took the BA offense a quarter to get going, but when they did the NCA Generals had no answer to slowing them down.

Tanner Thurman got the Cougars on the board first by nailing a 3-pointer for a quick lead. The Generals took an early lead as they hit back to back baskets, but that was the last time they would hold a lead.

BA led 10-4 after one quarter and 29-11 at halftime. The defense trotted out by coach Josh Watts and his teams was suffocating.

“We played a good game tonight,” said Watts. “The guys played well. It was a group effort. Defensively, we played well. Now we’ve got to get prepared for the championship tomorrow.”