BA Cougars on to semis at AA state 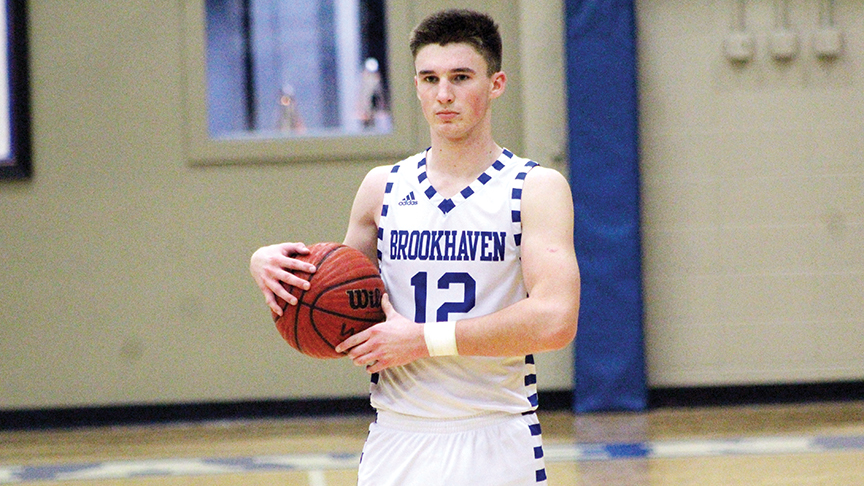 Photo by Cliff Furr BA senior forward Dawson Flowers scored 16 points, grabbed 12 rebounds and made eight assists for the Cougars Tuesday night in a 55-29 win over Greenville Christian School. The win moves BA on to a semifinal matchup with the Clinton Christian Warriors in the MAIS AA State Tournament at Benton Academy.

The Brookhaven Academy Cougars had little trouble in their opening round games Tuesday at Benton Academy in the MAIS AA State Tournament.

BA meets a familiar foe on Friday at 5:30 p.m. in the semifinals when they face the Clinton Christian Warriors. The No. 3 South seed — CCA whipped the No. 2 seed from the North — Manchester Academy — 67-44 on Tuesday. The Cougars have beaten their district foe Clinton Christian three times this season.

The Lady Cougars next play on Friday at 4:15 p.m. in the semifinals.