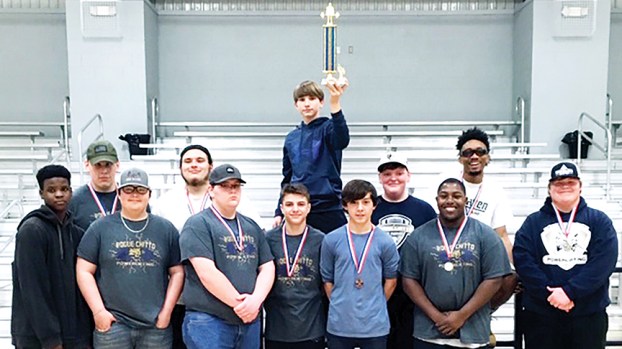 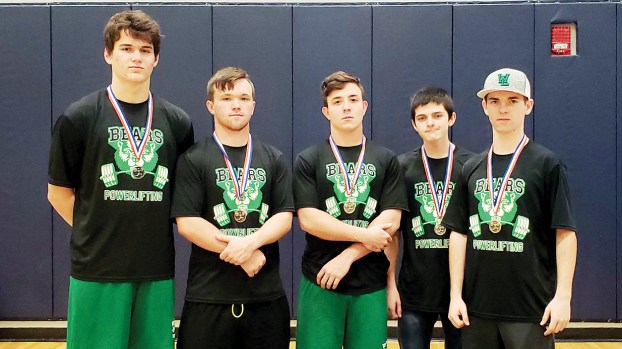 The Bogue Chitto Bobcats recently placed first in the region powerlifting meet in their home gym. Winning trophies for weight lifting isn’t something new for the Bobcats. They’ve now won a region title for 10 straight years.

“I’m really proud of our guys efforts,” said BC coach Chad Norton. “They’ve been really working hard starting this summer through football season and on through to the region meet. Ten straight years of winning region is quite an accomplishment for all the previous lifters and this year’s team.”

First place finishers for the Bobcats included Damarcus Godbolt, Chris Taylor, Davis Hart and Mac McKinney. The 165-pound Godbolt had a total weight lifted of 940-pounds. Taylor lifted in the 220-pound class and had a 425-pound deadlift. Hart lifted a team high combined 1,130 pounds in the three lifts (squat, bench, deadlift). McKinney was just behind him with a combined weight lifted of 1,120 pounds.

The South State meet will be held at West Lincoln on March 2.

The Bears had some impressive individual performances in the region meet with Austin Caves, Jared Mathis and Vacne Boyte all capturing first place in their respective classes. Dylan Dickerson had a second-place finish and Reed Smith finished third in the 165-pound weight class.

Mathis had one personal best on the day and Boyte had five.

“I was super proud the way each lifter competed,” said WL coach Brad Bland. “Powerlifting meets give the guys an opportunity to show off their hard work in the weight room.”