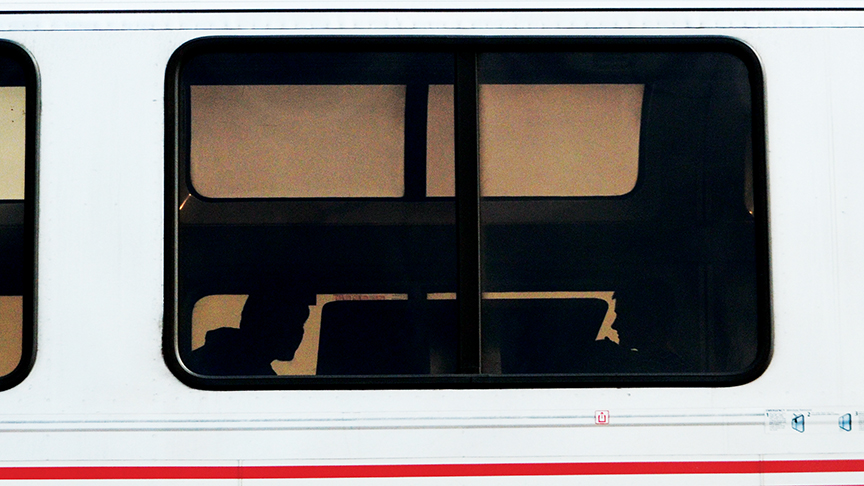 Amtrak’s plans to overhaul its rail network and boost passenger service in the South could mean more trains and tourists for Brookhaven.

The WSJ reported that “more flexible train sets—trains made up of passenger coaches designed to hold more riders—could be used to run more-frequent daily service between pairs of cities in the fastest-growing parts of the country, Amtrak planners say, such as Atlanta and Charlotte, N.C., or Memphis and New Orleans.”

More trains between Memphis and New Orleans could mean more stops in Brookhaven. The City of New Orleans runs from Chicago to New Orleans, with stops in Jackson, Brookhaven, McComb and other cities. It heads south from Brookhaven at about noon and comes back heading north at about 4 p.m.

An Amtrak spokesman declined to provide specifics on what the change might mean for ridership originating in Brookhaven, and instead provided a similar statement to news outlets seeking more information.

“With the continued growth of rail service and changing population and demographics, we are rethinking the national network and how we offer service on the national network. That study and planning isn’t done yet, and we aren’t prepared to announce any plans or recommendations yet. Those will come in our reauthorization proposal.”

If increased rail service brought more travelers through town, they might spend a couple hours exploring Brookhaven before catching the next train.

If Amtrak does add trains to the line, Brookhaven will obviously benefit, Garrick Combs with the Brookhaven-Lincoln County Chamber of Commerce said.

Combs also said now would be a good time to review city information and tourism materials at the train station to make sure passengers know what Brookhaven has to offer.

But in order for train tourists to get to downtown Brookhaven, something will likely have to be done to connect the station to the shops and restaurants hoping to benefit from increased rail traffic.

Currently, passengers seeking to explore Brookhaven either catch a ride or walk along an undeveloped path.

“I think that the community needs to connect the train station to downtown with a nice, lighted and landscaped walkway,” Combs said.

A plan to create a lighted, landscaped walkway connecting the Godbold Transportation Center to the downtown area of Brookhaven has been proposed.

Brookhaven aldermen voted last year to apply for a $200,000 grant to fund the project.

City engineer Mike McKenzie presented Mayor Joe Cox and the Board of Aldermen with a map of the proposed pedestrian walkway, which would stretch from the transportation center to the parking area at the corner of East Monticello Street and North Railroad Avenue. The walkway would include painted crosswalks and handicapped ramps across East Court and East Monticello streets. Decorative lighting would be added at 100-foot intervals to match the lighting of the downtown area.

The city was given notice of the grant award but will likely not accept it. Doing so would mean the city would have to come up with more than $70,000.

“While we’ve not officially declined the money, we’ve had unexpected expenses, which included two new bridges that had to take priority over this type project where our match would be about $73,000. We have to be fiscally responsible,” Mayor Joe Cox said.

Cox said the city was in line to get the grant last year, but MDOT didn’t fund it. They were approved for the grant in 2019.

Cox has not discussed it with the board for official action, but he doesn’t expect the city to accept it.

“I would still like to do that project, but based on the fact that we had these other expenses take priority, we’ll just kind of put this on the back burner,” he said.

The train station is housed in an old power plant north of downtown. After years of renovations and setbacks, it opened in 2011.

Any change in Amtrak’s service or management of the rail network will require approval from Congress.

“Should Congress consider legislation later this year to reauthorize and provide federal funding for Amtrak and other transportation programs, Sen. (Cindy) Hyde-Smith will give thoughtful consideration to Amtrak’s proposal, and formulate her decisions based on the best interests, needs, and feedback provided by Mississippians,” her office said in a statement.

Amtrak’s plan to increase ridership on shorter routes might come at the expense of long-distance routes.

“A plan that cuts back service on the long-distance routes, especially one eliminating stops in small rural communities, won’t be politically viable, said Jim Matthews, president of the Rail Passengers Association, a nonprofit advocacy group in Washington,” the WSJ wrote.