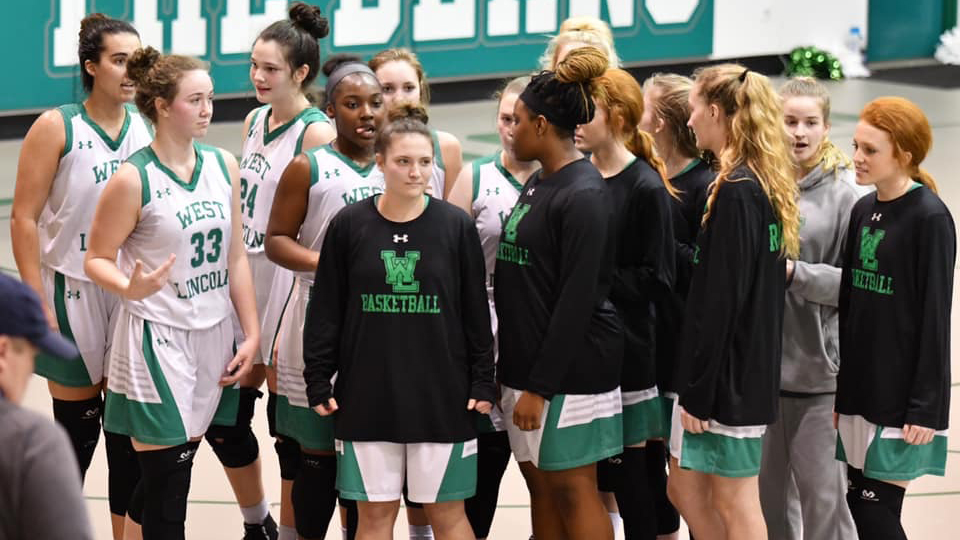 Photo by Stacy Leake/The West Lincoln Lady Bears host the Taylorsville Lady Tartars tonight in a third round matchup of the MHSAA 2A State Tournament. Tipoff in Jack Case Gymnasium is set for 7 p.m.

The West Lincoln Lady Bears (23-5) are one game away from the Big House as they host the Taylorsville Lady Tartars (19-8) tonight in a third round of the MHSAA 2A State Tournament.

Taylorsville moved past the second round with a 39-36 win over North Forrest. The Lady Bears used strong second half play to beat Enterprise-Clarke 58-40 on Friday in Flea Hop in their second-round game.

The game against Enterprise can be summed up in one word, aggressiveness. Both teams played aggressive on both sides of the court, but the Lady Bears found a way to stay aggressive when it mattered the most. Preventing Lady Bulldog senior floor general Shawanda Grey from controlling the flow of the game helped out the Lady Bears as well.

“We had a great crowd tonight and I appreciate their support,” Lady Bears coach Brooks Smith said. “We got off to a slow start but picked it up in the second. We were able to push our lead to double digits in the third and didn’t look back. Skylar Hall did well for us tonight. Megan Gerald stepped up and got 17 defensive rebounds and that was huge for us. Bailey Wilson played good tonight as well. It was a full team effort and we need to have that going forward.”

Both teams played a close starting four minutes, with the Lady Bulldogs leading just by 6-5 halfway through the first quarter.

With a little over three minutes left in the first quarter, Lady Bear junior forward Bailey Wilson would give her team the lead.

The lead wouldn’t hold long as Lady Bulldogs senior Hannah Herrington nailed a shot in the post to reclaim the lead.

The Lady Bulldogs would hold onto a 14-11 lead after the first quarter.

Despite playing from behind in the second quarter, the Lady Bears would take over the game as they aggressively attacked at both ends of the court.

West Lincoln opened the second half building onto their lead with 3-pointers by seniors Skylar Hall and Megan Gerald.

The Lady Bears held command throughout the second half to stifle any Enterprise comeback attempts.

The winner of the West Lincoln versus Taylorsville game plays the winner of Ingomar (33-3) and Calhoun City (28-1) in the state semifinals at the Mississippi Coliseum.