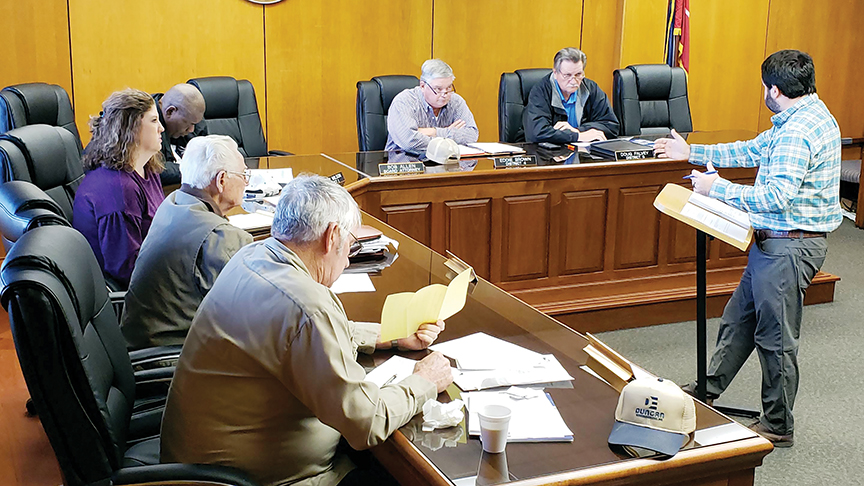 Nearly $5 million was allotted to Lincoln County through the Emergency Road and Bridge Repair Fund for the replacement or repair of bridges on Arlington Drive SW ($1,557,846), Lott Smith Road NW ($767,391.60), Summers Lane ($506,864) and Maple Lane SW ($727,692). County engineer Ryan Holmes suggested waiting to sign the memorandum of understanding for the $1,358,289 alloted for Mt. Olive Road until mid-March since Mississippi Department of Transportation has also applied for federal grants that could pay for that project.

“MDOT asked us before this emergency money came out to go in on an application with them. They were trying for a partial project across the state,” Holmes said. “Since this project was shovel-ready, they asked us to put that in our application to help their application on their bridges on state highways.”

Holmes told supervisors that the plans for Mt. Olive Road have been approved and the rights-of-way acquired.

“It’s been sitting on the shelf for two years,” he said.

Holmes anticipates that if MDOT gets the funding for their projects — which includes Mt. Olive Road — then Lincoln County will be able to use that $1.4 million for other projects.

District 4 Supervisor Eddie Brown stressed that if MDOT can pay for the Mt. Olive project, he wants the allotment to stay in Lincoln County to be used for other bridges that need repair.

“I looked at the list and there is no county that got more, the number. There’s some that got one and some that got none,” he said. “These will be brand new bridges. These are going to be superior bridges.”

The funding is part of $250 million announced by the Mississippi Transportation Commission in January.

Statewide, the approved projects will repair or replace 200 bridges, including 99 that are currently closed and another 91 that have posted weight restrictions.