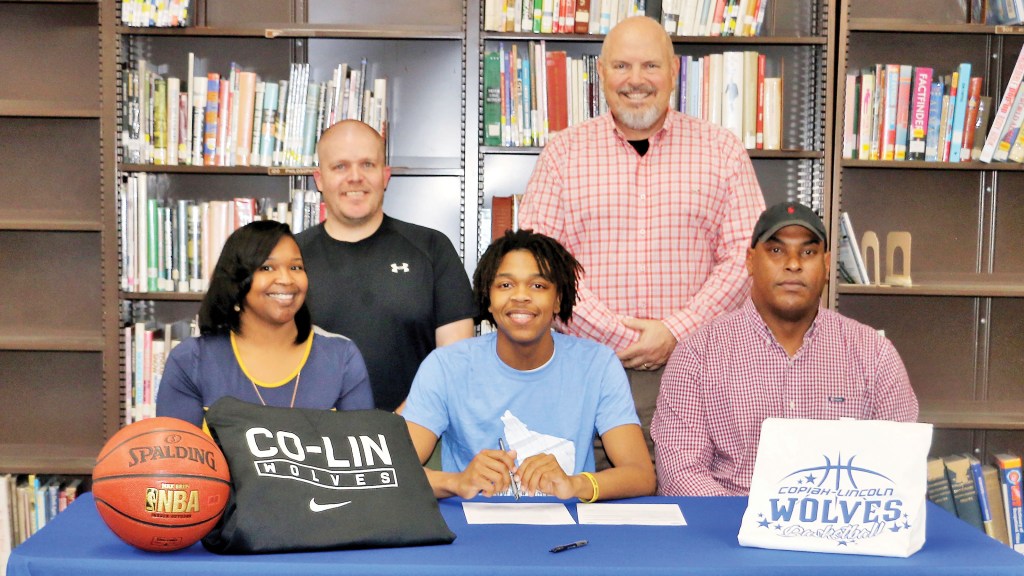 The Copiah-Lincoln Community College Wolves didn’t look far to find the first signee of their 2019 basketball recruiting class. Leave the campus on Pine Street until it turns into East Railroad Avenue. Take a right onto Grove Street and then go a quarter mile until you reach the campus of Wesson Attendance Center.

That’s where Wesson senior guard J.D. Allen put up big numbers this season for the Cobras and coach Rusty Newman. On Monday Allen signed a letter of intent to join coach Kenny Bizot and the Wolf Pack next season.

There isn’t a high school team that Bizot has seen play more than the Wesson Cobras. His son Kenner will be a senior forward next season at Wesson and has attended the school since Bizot moved to Wesson in 2013.

Allen says Bizot and assistant coach Jake Reed have long let him know that he’s someone the Wolves had an eye on.

“I think they really started noticing me as a sophomore,” said Allen. “Then as a junior they were at games and practices and I really started building a relationship with them.”

The 6-foot-2 senior had a season to remember as he scored the ball as well as anyone in the area in 2018-2019. Allen averaged 22 points per game and had an especially memorable run in late December when he scored 33, 33, 42 and 29 points in four consecutive games.

That drew the attention of other community colleges, but when Allen received an offer from Co-Lin, he knew where he wanted to spend his next two years.

“I knew I wanted to stay here and be part of their program,” said Allen. “I think I can come in next season and contribute.”

The Wolves were 11-12 last season and missed out on making the postseason by one game after injuries had the team dressing only seven players for the final stretch of the season.

“We are excited about signing J.D.,” said Bizot. “He has a high basketball IQ and has the ability to make shots. It’s always great getting players from great families that are in your backyard.”

Allen already has college credits coming his way via dual-enrollment classes through Co-Lin. He’s also seen more games in Mullen Gymnasium over the last few years than he can count. He knows exactly what to expect when he’s coached by Bizot.

“He’s going to coach you all game long,” said Allen. “He expects your best and he makes his guys guard. You have to play defense to get out there for him.”

Defense — that’s actually the area Allen wants to improve the most in as gets ready to play the perimeter in the rugged MACJC.

“I’ve got to get better at guarding the ball,” said Allen. “I need to get stronger, so I can guard the type of guys I’m going to be matched up with next year.”

One thing Allen can do already is score the ball. He’s a rangy player with long arms and a low dribble that he uses to get past his defender. He can score off a catch-and-shoot from deep and has the athletic ability to go above the rim in transition.

Newman says his absence will be a big hole for the Cobras to fill next season.

“J.D. is a great kid and has been fun to coach,” said Newman. “He’s a real triple threat offensively and can score in so many ways, but he’s still unselfish. We’ll miss him, but I’m proud to see him continue playing at the next level and I’m looking forward to watching him at Co-Lin.”