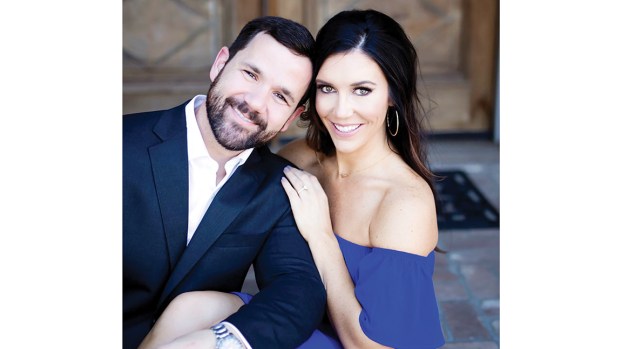 Ted and Beverly Baggett announce the engagement and approaching marriage of their daughter, Haley Baggett of Brookhaven, to Brian Mitchell, of Brookhaven.

He is the son of Donnie and Lisa Mitchell of Brookhaven.

The bride-elect is granddaughter of Bill Sanders of Destin, Florida; the late Sandra Sanders; Tera Baggett of Martinsville, Indiana; and the late Ollie Ted Baggett.

The prospective groom is grandson of George Mitchell Sr. of Brandon; the late Juanita Mitchell; and the late Coley and Lois Arender.

Miss Baggett is a 2007 graduate of Terry High School and a 2012 graduate of Copiah-Lincoln Community College with a degree in nursing. She is employed as a registered nurse at King’s Daughters Medical Center.

Mr. Mitchell is a 2002 graduate of Brookhaven High School and a 2010 graduate of Mississippi College with a degree in business administration. He is employed as assistant general manager at Broma’s Deli and Poppa’s Buffet & Grill.

The couple will exchange vows on Saturday, May 4, 2019, at Central Baptist Church. Formal invitations will be sent.

The famed Möller pipe organ that resides in a place of honor at the First United Methodist Church in Brookhaven... read more