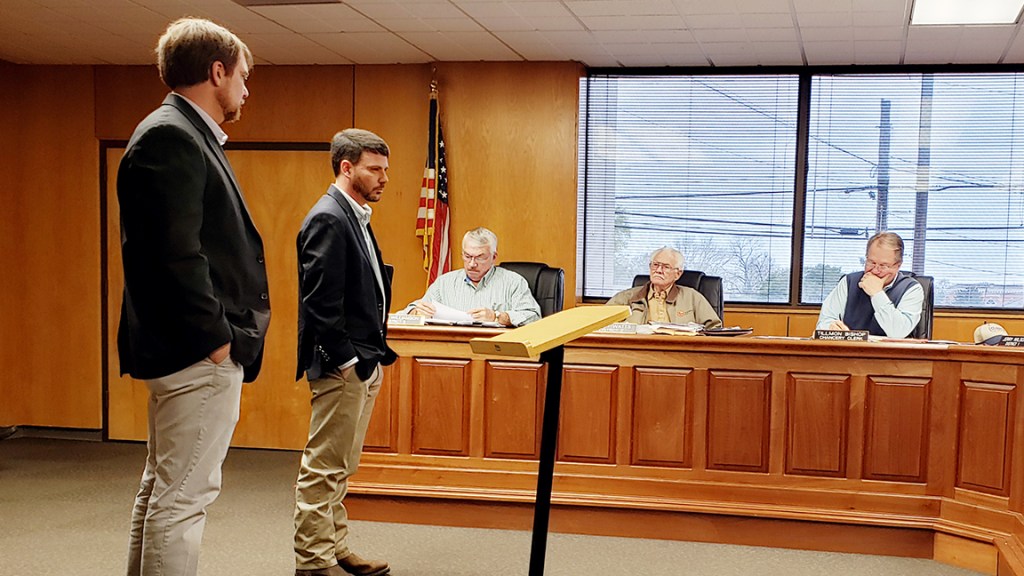 The Mississippi Department of Environmental Quality has given its OK for a corrective action plan for the Keystone property and Lincoln County supervisors are hopeful the MDEQ’s Board of Commissioners will sign off on it as well despite a small amount of contaminated groundwater beneath the surface.

The plan will protect future owners — American Railcar Industries has a two-year option to purchase the property — from any liability from existing conditions.

“There’s a little bit of contamination. It’s nothing bad. No change to the site. There’s no health and safety risk to the populous around the site. It’s all contained within the footprint of the property,” said Ethan Allen Monday. Allen, a staff geologist with Environmental Management Services out of Hattiesburg, was hired by the county to place the former Keystone manufacturing property into the Brownfield program. “It’s not moving. It’s very low concentration. It’s very deep. It’s about 70 feet below the ground surface,” he said.

The commission meets March 28. Once they give a thumbs up, MDEQ will publish a notice calling for public comments, which will continue for 30 days. It’s all part of the contractual obligation to transfer the property into MDEQ’s Brownfield program.

Garrick Combs, executive director of the Lincoln County Economic Development Foundation, said the agreement is an environmental checkup that assesses a property for contamination and clears a potential purchaser from liability if environmental hazards are discovered. Brownfield agreements are common in commercial property negotiations.

ARI paid the Lincoln County Board of Supervisors $30,000 in August for a two-year purchase option that ensures the county will hold the property for those two years and keep it available if, or when, ARI decides to buy it.

Combs said he and supervisors estimated on the high side of $70,000 for the work needed to complete the Brownfield agreement — installation of test wells to monitor ground water.

“The price that ARI paid for the option is going to cover the cost of putting in the wells and this round of testing, so we are on time and under budget and doing what we need to do in order to move this project along,” Combs said.

The corrective plan calls for the county to monitor the site and the contaminated ground water deep below the surface.

After the MDEQ commissioners give the go ahead, supervisors will send notices to property owners adjacent to the Keystone property to let them know what’s going on.

“Once the public comment period is over they’ll finalize the Brownfield agreement,” Allen said.

The agreement will give liability protection to whoever owns it or works out there.

“It’s important that the public know there hasn’t been a change in status in the former Keystone property,” Combs said. “There’s no additional pollution. There’s no additional issues out there. This is simply a transition in the nature of the property so it can be deeded for economic development.”

If ARI, which is now under private management since December, decides to exercise its two-year option, supervisors and the company will negotiate the price of the 19.23 acres and large but run-down manufacturing facility.

“They’re waiting on us to finish up our side of the agreement,” Combs said. “They’ll be back to see you when our side is done.”

ARI, a railroad restoration company that repairs and rehabilitates railroad cars, has operated in Brookhaven on the site of the former Homelite Jacobsen plant on Industrial Park Road since 2014. The company, which has more than a dozen locations around the country and a mothership facility in Bude, spent around $7 million to develop the Brookhaven location and was rewarded with a 10-year tax exemption and a federal grant in exchange for providing 25 jobs.

The old Keystone facility, which produced wire cloth, was constructed in 1956 and closed down in 2006. Lincoln County took ownership of the site away from Keystone a decade ago when the company skipped a year’s worth of lease payments — Keystone sent the full amount by check shortly afterward, but supervisors decided to keep the building in the hopes of offering it up for redevelopment.

The Keystone building, with its low ceilings and numerous roof-supporting columns, is unsuitable for modern manufacturing needs. But while the building is unusable, the property appears perfect for ARI. It is situated on the main Canadian National Railway, which ARI already uses to bring railcars in and out of its facility, and the two properties could easily be connected via a new spur line under the big Industrial Park Road bridge.