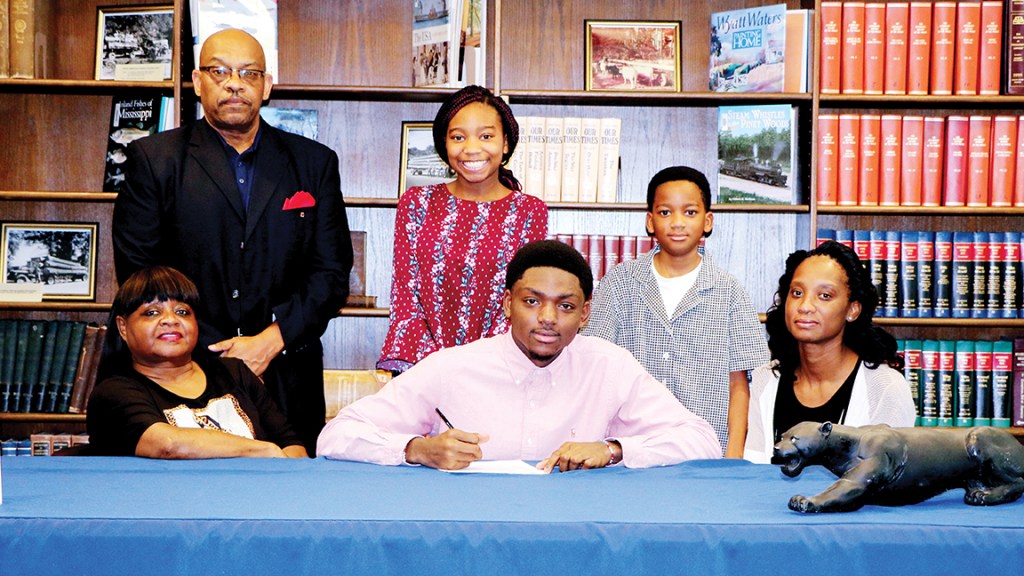 If you don’t know who Follie is, then you haven’t been paying much attention to the local basketball scene over the last few years.

Bogan was a standout for the Panthers (21-8) this season as he averaged a team best 21.8 points per game. Standing around 6-foot-3 and deceptively long, Bogan grabbed 6.2 rebounds per game while handing out 1.6 assists and making 1.7 steals per contest.

He joined the 1,000-point club as a senior and was a huge part of coach Marcus Flippin and his team reaching the second round of the 5A playoffs where they lost a heartbreaker on the road at Long Beach.

Bogan has a game that is best characterized as being smooth. He’s not a burner with his speed and he can get up at the rim, but he’s not a high-flyer either. His best trait is how he uses his body to shield off defenders and get into the paint. His arms are long and he gets many baskets from being opportunistic around the basket.

Southwest head coach Bryan Bender says his staff liked Bogan from the moment they saw him.

“I followed Follie throughout the year and he got better every time I saw him,” said Bender. “My staff loved him from the beginning and he’s the type of kid we want at Southwest.”

Bender just completed his first season as the head man in Summit. SW started the season 8-1 before the MACJC portion of their schedule had them finishing with a 12-11 record. Bender and his staff only had three sophomores on their roster this season.

Bogan scored in double digits every game this season but one — a 4-of-18 effort against Vicksburg that saw him finish with nine points. He scored 30 or more points five times and had a season high 41 in a win over South Jones.

Bogan liked that the SW staff talked up what he needs to improve on instead of what he does well when recruiting him.

“I just connected with the coaches there,” said Bogan. “They seem like really honest guys and they told me that for me to get where I want to go one day, which is the Division I level, I need to improve on my defense.”

Bender can see Bogan making that leap one day, if he continues to work.

“His best basketball is ahead of him and as his body fills out and he becomes more consistent at shooting and handling the ball and becomes a better defender, I think he will have a very good chance of playing Division I basketball in a year or two.”

The roadblock in being a better defender is just as much mental as it is physical.

“I’ve got to become more interested defensively,” said Bogan. “I’ve got to get stronger physically, but I’ve got to have a mind-set to guard people, too.”

As a sophomore Bogan began to emerge by averaging 13.9 points per game for a 21-6 BHS team that made it to the third round of the playoffs. As a junior he scored 16.6 points per game in Flippin’s first year, a season that saw the Panthers miss the postseason.

Bogan expects the program he’s leaving in Sinclair Gymnasium to continue to roll despite losing his production next year.

“Jermario Hersey will be a senior next year and he’s going to step up I know,” said Bogan. “La’Darius Thrasher will be a junior and he’s going to have a great career when he’s finished. It feels good to have had the year we did as a team and for me to reach this goal of playing ball at the next level.”