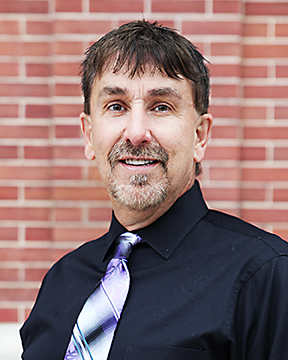 Even while the Lincoln County School Board of Trustees begins its search for the county’s first appointed superintendent of education, the man elected to the position in 2015 hasn’t decided yet if he will apply for his own job.

“I honestly don’t know at this point,” Lincoln County Superintendent Mickey Myers said Wednesday. “I am contemplating retirement (but) I have no intentions of walking away before Dec. 31. The voters of this county elected me and I’m definitely going to complete my term.”

Myers, 58, believes Jan. 1 is not a good time to bring in a new superintendent.

“No team changes coaches at halftime, but that’s what you’ll end up doing here in the school system like it is,” he said.

Myers said the board has encouraged him to apply, but they also voted unanimously Tuesday to contract with the Mississippi School Board Association to round up qualified candidates for them, at a cost ranging from $3,000 to more than $10,500 for the service.

Whether Myers applies or not, he is willing to continue as superintendent until the end of the 2019-2020 school year. That would mean the board would hire him on a six-month contract when his elected four-year term is up at the end of the year.

At a special-called meeting Tuesday, the school board met with MSBA Executive Director Michael Waldrop, to go over the process of a superintendent search. Waldrop met with the board last year, but with four-fifths of the board elected in November, he needed to bring the new members up to speed.

“It is strictly up to you, by law, to determine if the people going alternative routes meet the definition of how they qualify in positions of leadership,” he said. “If you choose to go the alternative route — and we’re getting a lot of alternative route candidates — it’s a process. You can’t just say, ‘They meet this,’ because you’ve got to be able to defend your position.”

Waldrop said many principals don’t qualify for superintendent positions because of the criteria.

“What we’re seeing in our searches currently, our pools have shrunk. But what we’re also seeing, is you’re still getting some good applicants,” he said. “You’re not just getting the numbers that you once got. Where you may, in the past, have gotten 20, 25, now you’re getting 12, 15.”

Waldrop questioned the board on its decision to either re-employ Myers or conduct a search.

“At the last board meeting, what we did is we approved that we were going to open it up and Mr. Myers is welcome to apply,” said Board President Billy Vaughn.

“There are a lot of openings. I’ve never seen anything like it since I’ve been doing this,” Waldrop said. “Generally, the salaries are going up because you’re in a competitive market now. It’s a buyer’s market because there’s so many of these jobs available.”

He expects the search process to take about three months and cautioned the board to take its time.

“This is the most important decision you’ll ever make,” he said

Myers said Wednesday he is looking at his options. On Dec. 31, with his accumulated sick leave, he’ll have over 38 years in the retirement system. But no matter what he chooses, he said he will not drift too far from Lincoln County schools.

The thought of closing a classroom door and being responsible for just 25 students rather than 3,200 is something that appeals to the former Bogue Chitto teacher, coach, assistant principal and principal.

“I can see me teaching again, if they (legislators) ever get it where retirees can teach,” he said. “I miss the day-to-day interaction with children.”