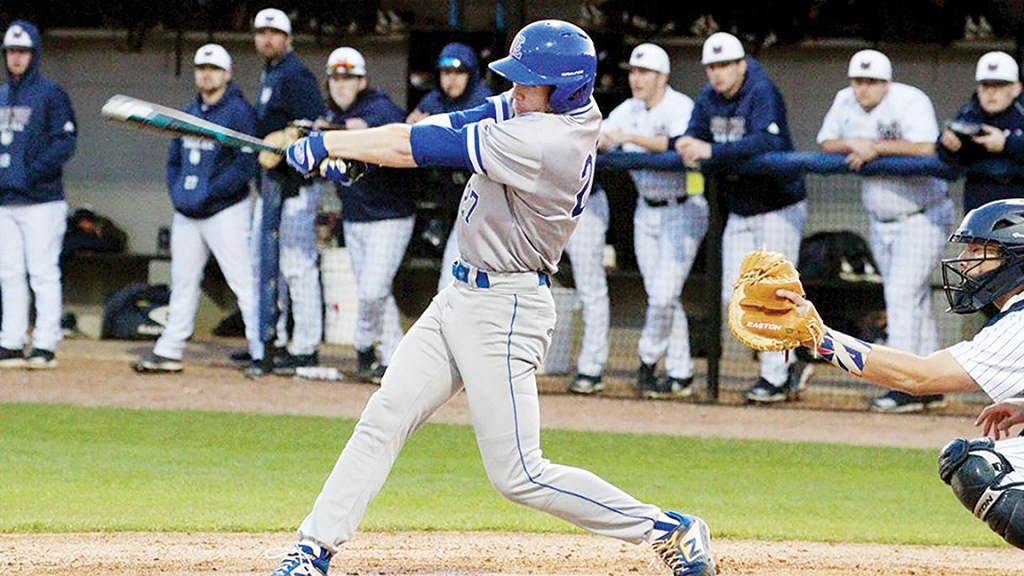 Photo by Co-Lin Sports Information Copiah-Lincoln sophomore outfielder Ryan Zimmerman takes a cut Wednesday in the Coca-Cola Challenge against Southwest Mississippi Community College. Zimmerman had an RBI for the Wolves in an 8-6 victory over the Bears. Co-Lin is scheduled to host Highland Community College (Illinois) Saturday.

The Copiah-Lincoln Community College Wolves poured in eight runs on 10 hits Wednesday night to secure an 8-6 game one win in the three-game Coca-Cola Challenge series against Southwest Mississippi Community College.

The win moves the Wolves to 5-2 on the year and drops the Bears to 6-3 on the season. Games two and three of the Coca-Cola Challenge are slated for April 2 in Wesson at 3 and 6 p.m. However, Co-Lin will be back in action this weekend as the Wolves host Highland Community College in Wesson Saturday at 1 and 4 p.m.

The Wolves were the first to score Wednesday night as a fielding error plated Justin Johnson and Joshua Day in the top of the second inning. The lead was short lived as the Bears pushed in four runs in the bottom half of the frame on a pair of RBI singles, a ground out, and an error. The big inning put Southwest on top 4-2.

The Wolves got a free run in the top of the third as Thomas Slagle was hit by a pitch with the bases loaded to cut the Bears’ lead to one, 4-3.

Mark Hubbard knotted the game up at 4-4 in the top of the fourth with a line drive RBI single that plated Austin Tidwell who led off the inning with a walk.

The Bears bounced back in the bottom of the fourth and fifth with a run in each to retake the lead, 6-4.

Tidwell drove in an insurance run in the top of the ninth with an RBI single, before closing out the game with two strikeouts in the bottom half of the inning.

Conner Ingram got the start on the mound for the Wolves. The sophomore gave up three runs and struck out three through four innings. Tidwell earned the victory on the bump. He surrendered zero runs on two hits over five innings, striking out 11 and walking one.

Lane Gordon took the loss for Southwest. He allowed three hits and two runs over three innings, striking out one and walking one.

Day and Kylar Fielder each managed multiple hits Co-Lin. Day went 3-for-4 at the plate to lead the Wolves at the plate.