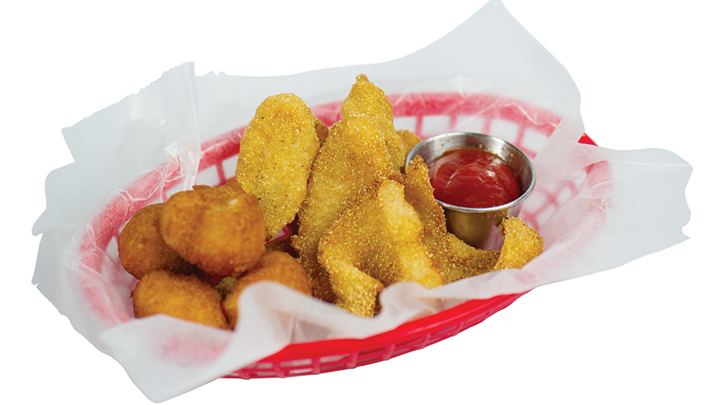 Buie’s Catering will soon be rolling up the big guns  — and the big fryers — for the United Methodist Men’s annual fish fry fundraiser in the church parking lot.

Sheila Buie and the staff will be busy March 21 toiling over the hot grease to fill hundreds of plates with the traditional fixings — coleslaw, fries, hushpuppies and, of course, Mississippi farm-raised catfish.

Tickets are $8 and will be sold through Monday.

This will be the 12th year the Buies, of Magnolia, have catered this event at First United Methodist Church in Brookhaven.

“We look forward to this event every year,” she said.

The fish plates will be available from 3:30 to 6:30 p.m. for pickup only. Entry will be through the north side of the parking lot.

The United Methodist Men have organized this fish fry for more than 25 years. While it is organized by the church’s men’s group, other members of the congregation help out by selling tickets.

“This is our one fundraiser for the year,” treasurer Paul Baham said. “We stay involved all year long.”

Baham said the money raised from the fish fry allows the men’s group to contribute to several causes not only around the community, but around the state as well.

These include the Mississippi School of the Arts, the local troop of Scouts BSA, Camp Wesley Pines, Mississippi Scholars, Habitat for Humanity and the Doug Sullivan Community Thanksgiving Meal.

One way that UMM gives back to Brookhaven is by contributing to the local chapter of Habitat for Humanity. The men’s group provides labor and siding for the organization’s projects.

One cause in particular that the men’s group contributes to is Camp Wesley Pines in Hazlehurst. Camp Wesley Pines is a Methodist summer camp. The group provides a counselor’s pay for the summer so the camp has one less salary to worry about, he said.

The men’s group also contributes to causes beyond Mississippi. SIFAT – Servants in Faith and Technology — is an organization in Alabama that focuses on international community development.

“We believe that Christ is universal,” Baham said.