Deal for Pig purchase falls through 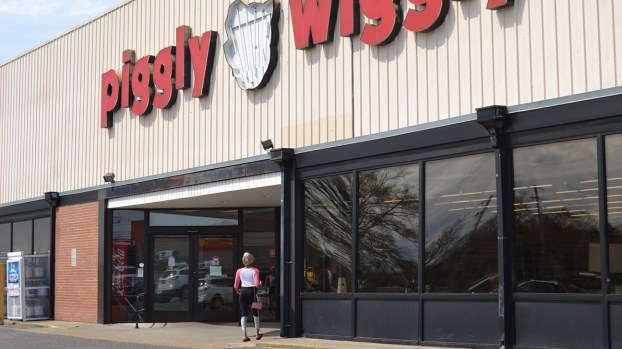 Photo by Donna Campbell A customer walks into the Piggly Wiggly on West Monticello Street Friday afternoon. The deli is closed at that location and the shelves are mostly bare. 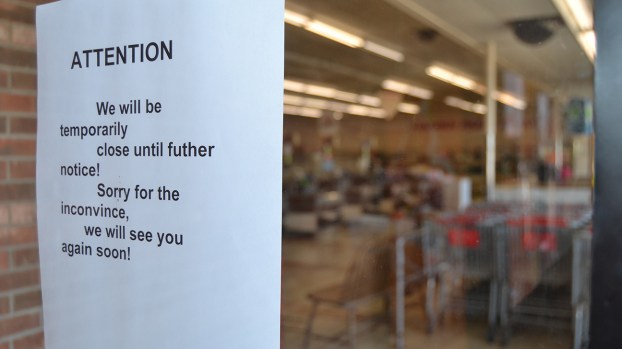 Photo by Donna Campbell A sign on the door of the Piggly Wiggly on Hwy. 51 North advises the store is closed temporarily until further notice.

A deal that would have breathed new life into The Pig fell through, leaving the future of the two grocery stores in limbo.

Danny Manning, who owns several Piggly Wiggly stores in Fairhope, Daphne and Mobile, Alabama, planned to purchase six of the seven Piggly Wiggly stores owned by Glenda Rushing. According to Lincoln County tax records, Rushing owns the property and building at 215 Hwy. 51 N. but a New York company, Brookhaven Retail LLC, owns the building and property at 364 W. Monticello St. It is not known who owns the other stores in Rushing’s chain.

“We were very close to making the deal,” he said. “We were supposed to sign and take over last Friday (March 8), but the landlords and the attorneys messed it up for us and they made it very hard for us to make a deal, so we are not in it anymore.

“We hate it for the people there, the employees. We were looking forward to coming there. It was not our choice. We’ve already invested a lot of money, but it just didn’t work.”

The doors are locked at the Hwy. 51 store and a sign says “Attention: We will be temporarily close (sic) until futher (sic) notice! Sorry for the inconvince (sic), we will see you again soon!”

The West Monticello Street location remains open but product choices are limited and a sign on the door says the deli is closed.

Constantine said he had acquired all necessary business licenses, rented an apartment for six months in Brandon and interviewed employees. He said ultimately the deal fell through because all of the parties involved couldn’t agree to all the terms.

“There’s nothing wrong with us and the Rushing family, mainly it’s just the landlords,” he said. “We interviewed everyone there, and they were ready to put them in their system and hire them.”

Constantine said he is disappointed the Mannings wouldn’t be operating the Brookhaven stores.

“We loved Brookhaven. I think of the whole deal, Brookhaven is the reason we wanted to make the deal on all six stores,” he said. “But you try to convince landlords and attorneys to make it worthwhile for us and they just made it very hard for us.”

Constantine is hopeful someone will purchase the buildings. He’d like to see it continue to be part of a Piggly Wiggly francise.

“I know there were a couple of other people looking at it,” he said. “We’ve done everything that we could. We loved Brookhaven, more than any of the others, in my opinion. I love Brookhaven and the people and the employees. You guys are a typical town someone would love to live in.”

Mayor Joe Cox said several individuals and companies have made inquiries about the two locations. He thought the Manning Piggly Wiggly franchise would have been a good fit for Brookhaven.

“I’m sorry that that didn’t work out. I understand that we’ve had several other grocery chains inquiring about Brookhaven and we’ll get the right one for Brookhaven,” he said. “It would be advantageous if the two Piggly Wiggly sites would work out that somebody would be able to purchase those. Those would be able to be a quick remodeling job and they’re up and running in 30 to 45 days as opposed to having to seek a site and build a brand new brick and mortar store.”

Rushing declined to comment about any potential sale of the stores.