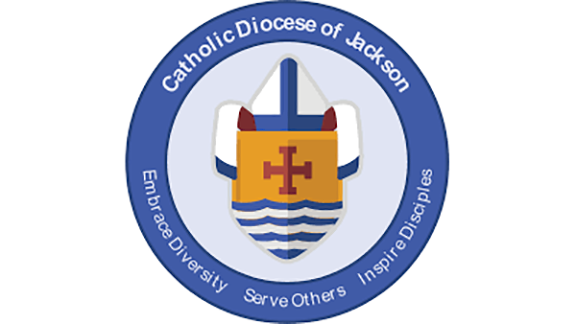 (AP) The Catholic diocese in Jackson on Tuesday released the names of 37 clergy members who it says have been credibly accused of sexually abusing children, including one who was assigned to St. Francis in Brookhaven.
Thomas Williams died before the accusations against him were made. The alleged abuse occurred in 1958 in Gulfport. The alleged abuse was reported in 2002 and 2012.

In Mississippi, Williams was assigned to Our Lady of Fatima in Biloxi, St. John in Gulfport, St. Francis, St. Paul in Pass Christian, St. Mary in Natchez and St. Paul in Vicksburg.

The diocese’s communications department is working to provide dates for his tenure in Brookhaven.

Three others on the list released by the diocese served in neighboring counties:

The bishop of the diocese, Joseph Kopacz, publicly apologized Tuesday during a news conference outside a cathedral in downtown Jackson.
“Every case of abuse represents shattered lives and damaged families and communities,” Kopacz said. “I hope that releasing this list will demonstrate a new level of transparency and a sincere desire to accompany victims of sexual abuse as our God of compassion and justice demands. I apologize to all the victims of abuse, to their families and to the faithful who have been hurt by this scandal.”
The diocese published the list Tuesday on its website as part of the Catholic Church’s international reckoning with allegations of sex abuse that have proliferated around the world.
The victims in the Jackson Diocese were boys and girls ages 5 to 17, diocese chancellor Mary Woodward said. Woodward said the cases date from 1939 to 1998, and none of the accused clergy are still in active ministry.
Woodward said there are two additional cases involving clergy whose names were not released Tuesday. One is on appeal. The other, still under investigation, involves abuse that allegedly happened in 1961 but was just reported recently.
Woodward, members of an independent fitness review board and retired bishops reviewed about 1,400 files from five bishops of the diocese from 1924 to this year, she said.
In some cases, psychologists “treated a priest and deemed him safe to go back into ministry,” the diocese said in a message that accompanied the list on its website.
Any clergy member, employee or volunteer found to be abusing minors from now on will be permanently removed from ministry, the post said.
The diocese also said it provided information about the past abuse allegations to the Mississippi attorney general’s office in 2002, before the current attorney general was elected. The diocese said it gave the attorney general an updated list Monday.
Kopacz said in a letter released Monday that he is “truly, deeply sorry” for any pain the list may cause.
“The crime of abuse of any kind is a sin, but the abuse of children and vulnerable adults is especially egregious,” Kopacz wrote. “First and foremost, it is a sin against the innocent victims, but also a sin against the Church and our communities. It is a sin that cries out for justice.”
The bishop said he encourages anyone who has been sexually abused by a clergy member or church employee to come forward. He wrote that the diocese has a legal duty to report the cases to law enforcement, and “helping victims find healing and wholeness is our moral imperative.”
He also said the church is taking steps to prevent abuse, including screening and educating employees and volunteers.
The Diocese of Jackson encompasses 65 of Mississippi’s 82 counties and has about 48,000 registered Catholics.
In January, the only other Catholic diocese in Mississippi, the Diocese of Biloxi, released the names of three clergy members who it said had been credibly accused of sexual misconduct against minors since the diocese was founded in 1977. All three were prohibited from the ministry and allegations were reported to authorities, the diocese said. One was accused in 2015 of misconduct with an adolescent boy in Laurel, and is serving a 10-year prison sentence. Another was accused of misconduct with an adolescent girl in Biloxi during the mid-1980s; and the third, with adolescent girls in Biloxi in 1989, the diocese said.
A grand jury investigation in Pennsylvania last year identified nearly 300 “predator priests” going back nearly 70 years, and it accused Roman Catholic Church leaders of covering up the abuse. The Associated Press reported that in the final four months of 2018, Roman Catholic dioceses in the United States released the names of more than 1,000 priests and others accused of sexually abusing children.
More information has been released since then. In January, 14 Catholic dioceses in Texas identified 286 priests and others accused of sexually abusing children.

The county’s insurance agent dropped a financial bomb on the Lincoln County Board of Supervisors Monday — a 25 percent... read more