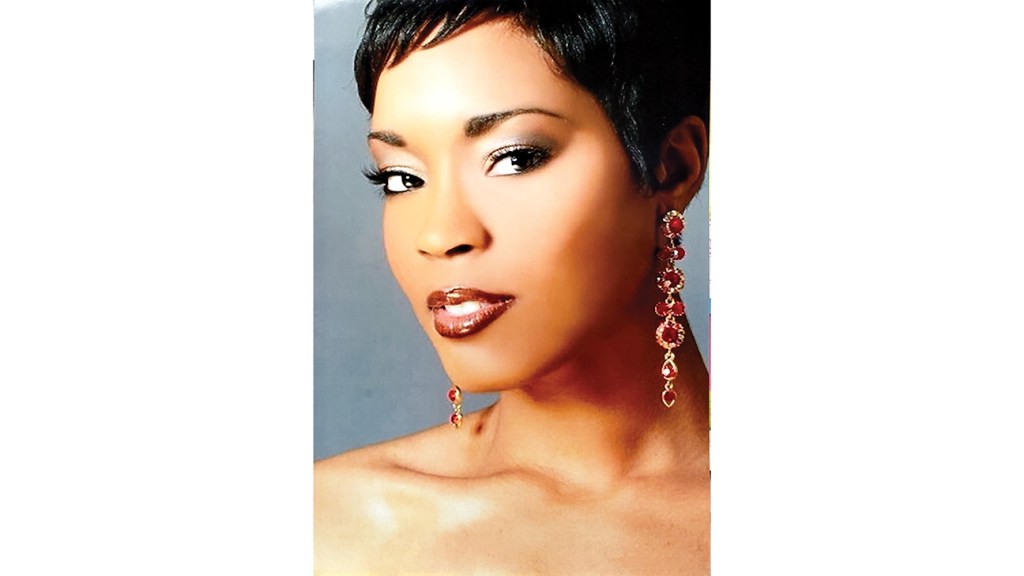 Photo submitted Miss Mississippi 2007 Kimberly Morgan Myles will be the featured speaker at Women’s Day at Mt. Wade M.B. Church in Brookhaven Sunday at 10:30 a.m. The theme is “Wearing Your Crown For God.”

A woman who has a history of wearing a crown will be the featured speaker at Mt. Wade’s annual Women’s Day celebration during worship service Sunday.

Former Miss Mississippi Kimberly Morgan Myles of Jackson became only the second African-American woman to win the state title when she wore the crown in 2007. She will share her experiences during the worship service at Mt. Wade M.B. Church, 749 N. Jackson St., which begins at 10:30 a.m.

“Hopefully some of the younger ladies can identify with her,” said member Doris Jointer.

Myles received her bachelor of science degree in vocal music from Alcorn State University and her master’s of fine arts degree in acting performance from the University of Southern Mississippi. She has studied abroad and performed in London, Scotland and France.

She is an assistant professor of creative writing and theatre emphasis at Tougaloo College and was honored as their 2017-2018 Mississippi Humanities Teacher of the Year.

She was recently awarded the Mississippi Humanities Council’s Racial Equality grant for the spring 2017 production of “#WakeUp!”

She and her husband, Yohance, are the parents of 3-year-old Bella Grace and 1-year-old Jackson.

Mt. Wade secretary Alberta Humphrey said Myles, who accepted Christ as her Lord and Savior at the age of 8, was the perfect choice to speak at the annual Women’s Day event.

“She’s worn an outer crown, but she’s also a person who’s given her life to Christ and who has that inner crown,” she said. “She tries to benefit other people through her experiences as Miss Mississippi and also her experiences as a Christian.”

Humphrey urges women of all ages to attend the celebration, which is open to the public, to be inspired by the message.

“We’re trying to show women that our crown is OK, but the inward crown is what counts for God,” she said. “And that inward crown is how you treat other people and what you do with your life that’s going to extend Christianity throughout the community.”

Jointer said the Women’s Day event is a good reminder to reach out to other females in the community.

“It’s an opportunity to encourage and support other women who are going through trials and tribulations to uplift and to be thankful for those women who set an example,” she said.