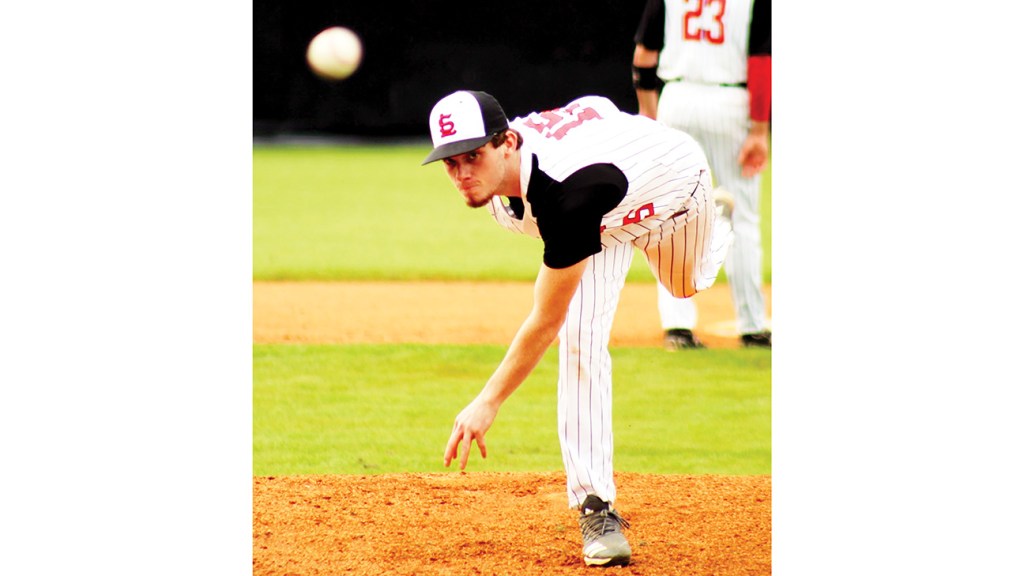 Photo by Katie Furr Loyd Star senior pitcher Dylan Case delivers the ball to the plate in action earlier this season. Monday , Case only gave up two earned runs against 6A Madison Central, but the Jaguars would hand the Hornets a 5-2 loss.

Here is a look at area high school baseball action from Monday.

LS went up 1-0 in the first before MC tied it in the second. Both teams scored a run in the fifth before the Jaguars scored three runs in the sixth to take the lead.

“We left too many on base to beat a quality opponent like Madison Central,” said Loyd Star head coach Jared Britt. “Dylan Case pitched a great game and didn’t deserve the loss, we just couldn’t give him much run support.”

The senior Case struck out four and walked four while only giving up two earned runs. MC pitchers Will Morgan and Conner Nation combined to strike out 11 Hornets while issuing eight walks.

Case and Stephen Mills each hit doubles for the Hornets. Reese DeHart, Brent Cade and Dane Smith all hit safely for LS with Cade driving in one run.

The Hornets are back in Madison County Thursday when they play at St. Andrew’s Episcopal for a 7 p.m. first pitch. Friday they’ll host Pisgah with a junior varsity game beginning at 4:30 p.m.

Florence outhit BHS 13-3 and scored six runs in the first inning, three in the fifth, one in the sixth and five in the seventh inning.

Brookhaven High will be in the Pine Belt twice this week as they play at Oak Grove (8-3) Thursday and at Petal (4-9) Saturday.