Rabbi to explain the Passover in free program Thursday 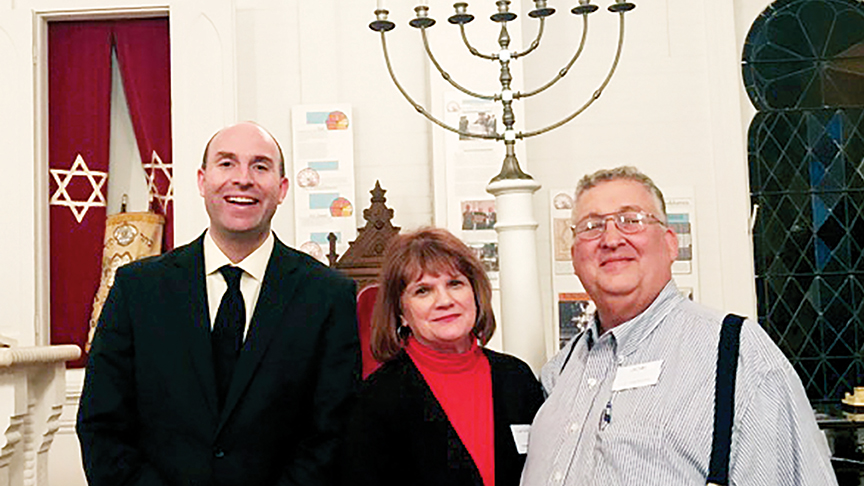 A rabbi from the Institute of Southern Jewish Life will explain the Passover as part of the Lincoln County Historical and Genealogical Society’s continuing series of history-themed presentations.

Rabbi Aaron Rozovsky, director of rabbinical services at ISJL, will give the free presentation at the Jimmy Furlow Senior Citizen Center Thursday at 6:30 p.m.

Rozovsky, who was ordained June 2, made his first visit to Brookhaven in November to discuss the Festival of Lights as part of a Hanukkah presentation held at the museum, which is the former B’nai Sholom Temple, said LCHGS President Joe Brown.

The discussion Thursday is part of the agreement to host a Jewish program each year in exchange for use of the temple, he said.

Following Rozovsky’s talk, guest will be invited to participate in a question-and-answer session.

The B’nai Sholom Temple was built in 1896 by the Reformed Jews. The women of the congregation sold homemade sweets to people on the passenger trains that stopped in Brookhaven and to locals to raise the $150 needed to purchase the lot on Church Street where the temple was built. Then the men constructed the building.

It was used, according to the city’s website, until 1970, when the local population of Jews had declined. It was still used on religious holy days, and special occasions like weddings.

The Friedman, Liverman and Samuels families of Wesson and Brookhaven, and the former members of B’nai Shalom’s congregation nationwide, consented to the temple’s donation to the society unanimously as a way to see the historic site preserved. A deconsecration ceremony was held in 2009 and the building was turned over to the historical society through a 99-year lease. Jewish artifacts are preserved in a permanent display inside the museum.

Rozovsky was born in Nova Scotia and was the first Jewish chaplain in the Rhode Island Army National Guard. He worked at the Center for Holocaust and Humanity Education Student advisor at the Hillei at Miami University of Ohio before taking the job with the Institute.