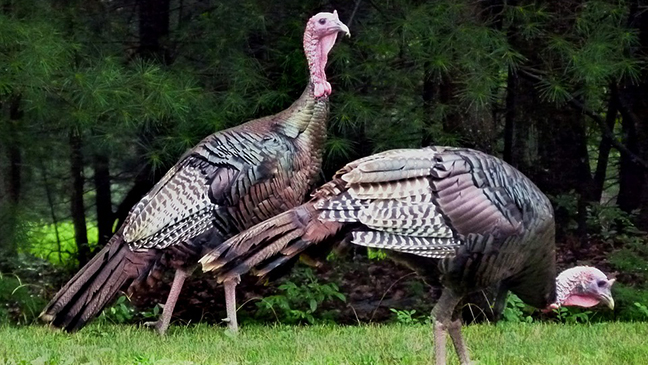 Most days I’m happy to keep my mouth shut. Really.

I love to talk, I know, but when it comes to topics that are controversial I’d rather not weigh in verbally. I make exceptions in instances where I think a person is in danger or I believe God is being misrepresented.

Sometimes I talk too much, too.

It grieves me when I read or hear of abuse of the innocent, outright hatred of people different from the hater in some way, personal attacks in response to a disagreement instead of discussion on the issues and flagrant demonstrations of idiocy or debauchery.

I groan inwardly and grumble under my breath about the injustices. I stand up for what I can and what I feel I need to.

Most of the rest can and should be ignored. Or at least I need to keep my mouth shut.

One example —only one today — is the violent overreaction of an ESPN anchor on Twitter over a South Mississippi hunter (aptly named “Hunter”) who took a trophy turkey that was also albino. The turkey likely would not have survived in the woods much longer if left alone, and was not a protected animal. Hunter broke no laws in taking the bird.

But the anchor — whose tweets are primarily on encouraging others to adopt rescue animals — called the hunter a “pea-brained scumbag” and wrote “we should do our best to make sure the rest of his life is a living hell.”

All because the man shot a turkey during turkey season.

I lost respect for this anchor, whose name I have intentionally not uttered because of my disdain for him, years ago when his show became more of a political platform than a show about sports on a sports network. I quit watching and listening to him. I wrongly assumed others would, as well.

It’s one thing to disagree with what a person did. It’s another thing entirely to call wrath down upon him/her because of it.

Because of junk like this which permeates online discussions on various platforms, I would rather focus the rest of this column on things that are pleasant, uplifting and encouraging.

• To the young man who hurried to the door and held it open for several ladies Sunday afternoon at Los Parrilleros in Brookhaven, thank you. Too few people offer this simple courtesy that takes so little time and effort, but makes such a big difference to others.

• To the volunteers who work with animals in shelters and fostering situations, offering these pets the love and attention they would otherwise miss during that time, thank you. You’re making a difference. One of my sons met a dog that had been rescued from an abusive home and the two connected instantly, like they’d been waiting for each other forever. The dog only lived a few more years, but during that time she and my son gave each other the love and attention each needed for difficult days in their lives. The person who rescued that dog and the people who provided for her during her time in a shelter will never know how much good they did in my son’s life.

• To the lady who told me — from the bed where she had been largely confined for several years — that she felt worthless some days because all she could do anymore was paint and pray, I’m glad you know now in heaven what I tried to explain so long ago: that your gifts of paintings to others and prayers for them meant so much more than you would see in this lifetime. Thank you, Mrs. Wilma, thank you.

By the way, I still have the last painting you gave me not long before you passed away. It’s of a turkey.

Brett Campbell can be reached at brett.campbell@dailyleader.com or 601-265-5307.