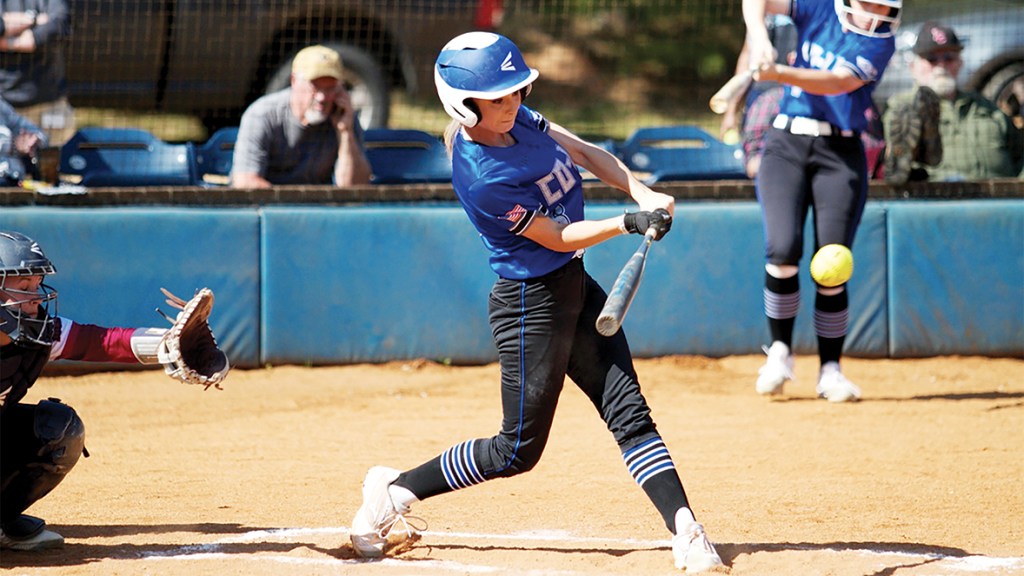 The Copiah-Lincoln Community College Lady Wolves picked up a pair of big MACJC wins Tuesday as the team swept Southwest in front of a huge home crowd, 12-1 and 5-1.

The games were part of the best-of-three Coca-Cola Challenge presented by Powerade and the pair of victories secured the win and bragging rights for the next year. Game three of the challenge is slated for May 6 at 5 p.m. as a single game in Summit.

Five runs in the first inning and seven in the second inning proved enough for the Lady Wolves as the hot start put the Lady Wolves in control. Hannah Walls got the scoring started in the bottom of the first with an RBI single that scored Callie Fortenberry. Makenzie Smith hit an RBI-groundout later in the frame and back-to-back RBI singles from Katelyn Hayman and Delaine McMillan followed to put the Lady Wolves on top 5-0.

After a three-up, three-down top of the second the Lady Wolves came out firing once again. An error got the seven-run inning started as Marley Poole crossed the plate. The next six runs came on a string of four RBI-singles from Hayman, McMillan, Carly Polk, Fortenberry, and Poole. The burst of hot bats put Co-Lin on top 12-0.

The Lady Bears scraped one across in the top of the fourth to bring the score to 12-1, but Kaytlon Ward immediately shut down the momentum from the circle with a double play and a groundout over the next two batters. The Lady Wolves would record the next three outs with relative ease to secure the 12-1, run-rule victory.

Ward pitched the Lady Wolves to victory. She went five innings, allowing one run on five hits, striking out three and walking zero.

Co-Lin racked up 12 hits in the game with multiple hits coming from Poole, Hayman, Fortenberry, and Harmoni Ashley. Poole led the Lady Wolves with three hits in three at-bats.

The Lady Bears of Southwest struck first in the nightcap as an RBI double in the top of the first inning lit up the scoreboard.

The next three frames were scoreless before the Lady Wolves came to life in the bottom of the fifth to score three runs. Julie Scheuermann got the explosive inning rolling with a solo homer to deep left field to knot the game at 1-1. Hayman drew a walk later in the inning and stole second and third before taking home on a double steal to put Co-Lin up 2-1. Fortenberry drove in the final run of the frame with an RBI-groundout to stretch the lead to 3-1.

Co-Lin added a pair of insurance runs in the bottom of the sixth after Polk roped a line drive to right field. The hard-hit single plated Hayman and McMillian who both walked earlier in the inning. The two runs put Co-Lin up 5-1.

The Lady Wolves shut down the Lady Bears for the remainder of the game to pick up the sweep.

Polk and Scheuermann led the Lady Wolves with one hit and one RBI each at the plate.

The Lady Wolves are back in action in Wesson Friday as Co-Lin plays host to Baton Rouge Community College. First pitch of the doubleheader is slated for 3 p.m.