Mr. King, 75, of Brookhaven, passed away March 26, 2019, at his residence. He was born Jan. 9, 1944, to Delton Ray King and Mary Jane Elizabeth King. During his lifetime, he served his country in the United States Army in the Vietnam and Desert Storm wars, and he served as a security guard at King’s Daughters Medical Center in Brookhaven.

He is preceded in death by his parents; three brothers, Ferman King, James King and John King; and by one daughter, Renee Keene.

Those left to cherish his memory are, his wife, Etta King; son, James King and wife, Markie; daughters, Gwen Caskey and husband, Wayne, Chelsea Baggett and husband, Lonnie and Kristina King; one sister, Agnes Brown; and seven grandchildren and many other loving family members and friends. 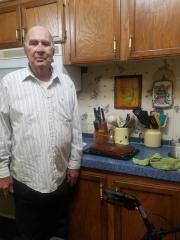