Mr. Jack McKenzie, 60, of Brookhaven, passed from this life on March 25, 2019, at his residence. He was born April 7, 1958, in Magnolia, Mississippi. He was employed with Sanderson Farms as a corporate fleet manager and was a member of Mt. Zion Baptist Church.

Those left to cherish his memory are his wife, Nancy Presley McKenzie; son, Benjamin Atley McKenzie; daughter, Natalie Jo McKenzie; brothers-in-law, Andy Presley and wife, Debbie, Don Presley and Dan Presley; sisters-in-law, June Jones and Lawanda J. Jones; He is also survived by many cousins, aunts, uncles, nephews and nieces as well as his Sanderson Farms Family and very special family members, “Drewbie-Doobie” and Honey Bunn McKenzie. There are two more friends we want to mention every family has a story, and without the help of Jack’s two friends, Laddy Payne and Gina Whittington, who introduced Jack and Nancy, this story would not be the same. 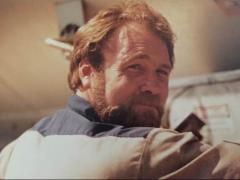