Putting a wrap on hoops season 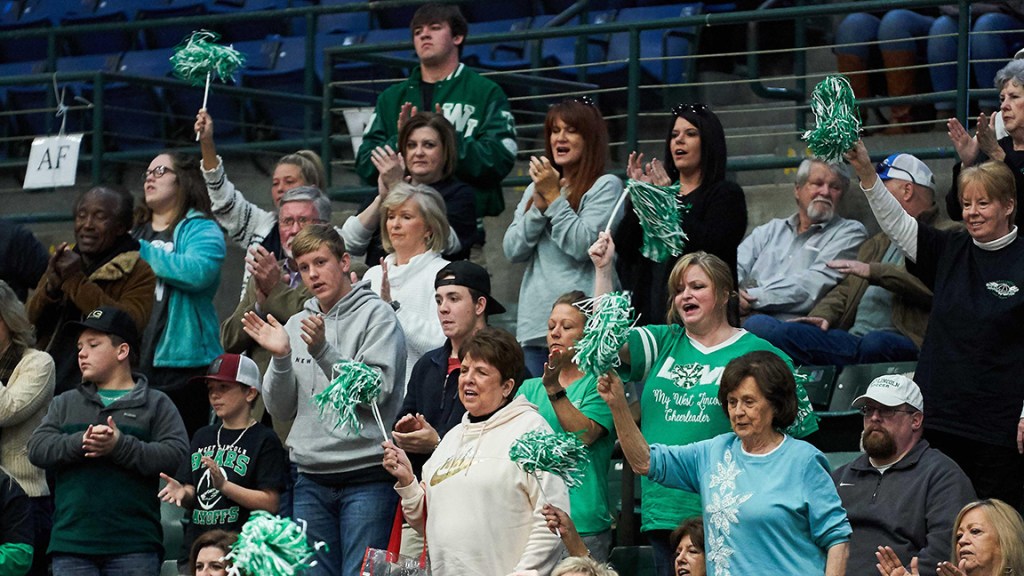 We’ll close out our basketball coverage this weekend with the reveal of The Daily Leader All-Area teams along with most valuable players and coaches of the year.

As a former basketball coach myself, there is obviously not a sport that I love to cover more than the one invented by Dr. James Naismith in 1891. I wrote my senior term paper on the History of Basketball. I’ve been crazy about the game for as long as I can remember.

Area fans love the round ball

I think part of that just comes from growing up in Lincoln County. This is an area of the state that has always loved the game of basketball. When I got my license as a 15-year old, loading up with my friends in my ’89 Grand-Am and going to watch basketball all over the county was one of our favorite things to do.

I’ll never forget going to Bogue Chitto for their FCA Tip Off Classic and seeing the nationally-ranked Provine Rams come to southern Lincoln County to play a Brookhaven High team coached by a then youngish-Preston Wilson in Bob Calhoun Gymnasium.

What I’m saying is I didn’t just begin going to these gyms after I started writing for The Daily Leader. I’ve been watching basketball all over the 39601 for my entire life.

This year was a good one for our area schools, especially on the girls’ side of the game. The West Lincoln Lady Bears went further than they’ve been in over 60 years, losing in the state 2A championship game. They also had some great games locally with Bogue Chitto, and Loyd Star in an always competitive Region 7-2A. Brookhaven Academy finished as state runners-up in the MAIS AA tournament. Brookhaven High nearly went unbeaten in the regular season and cemented a rep as one of the most physical defensive teams in the state.

Early on in their playoff game against then-unbeaten West Jones, BHS was on an absolute tear as they raced out to a 10-point lead. The Lady Panthers were bombing 3-pointers from deep, the student section was jumping around like a mosh pit and the cheerleaders were leading a raucous round of “fire it up, Ole Brook.”

West Jones called a timeout to regroup and as I stood on the baseline I looked down at my arm to see every hair standing up. No dog in the fight, no child of mine playing in the game, and yet I had chills on top of chills.

I must have watched Hoosiers 1,000 times when I was growing up. The feel of that movie and the true-life story of Milan High that it’s based on reminds me of the camaraderie that our county schools have in basketball.

The region tournament at West Lincoln was like a Lincoln County Basketball Revival with three nights of meetings. Bogue Chitto and Enterprise were playing in a boys’ game early in the week in an elimination matchup. There were plenty of Bobcat and Yellow Jacket fans there. However, the bleachers were also dotted with West Lincoln and Loyd Star supporters that didn’t want to miss a night of high school basketball, regardless of how high MHSAA ticket prices were or if their team was playing or not.

At one time I thought I’d been to nearly every MAIS school in the state over the course of my life, but that turned out to be a lie when I went to watch the Brookhaven Academy Cougars play in the AA state tournament.

The tourney was held at Benton Academy — a school that sits where the Delta meets the hills —and one that I’d never been to before. As I drove up 55 I put my phone away and turned my GPS off. I roughly knew where the school was — go past Canton and take 16 northwest towards the small town of Benton. I didn’t need Google Maps, though. All I did was follow the line of SUVs that had Lincoln County tags and blue paw prints stickers on their back-glass.

The Cougar faithful found the school and filled the small gym to the literal rafters. They cheered as their team won the boys’ title for a second straight season as they outnumbered the fans of their opponent — Marshall Academy — 10 to one.

Many of the same people who deserve gratitude for their work during basketball season are the same people that help shine a light on their schools, regardless of what sports is being played. Thanks to Beck Warren, Stacy Leake, Becky Green, April Clopton, Dave Linton, Katie Furr, Emily Phillips, Paden Phillips, Brett Campbell and all the area coaches who bust their tails to grow a love of the game in their student-athletes.