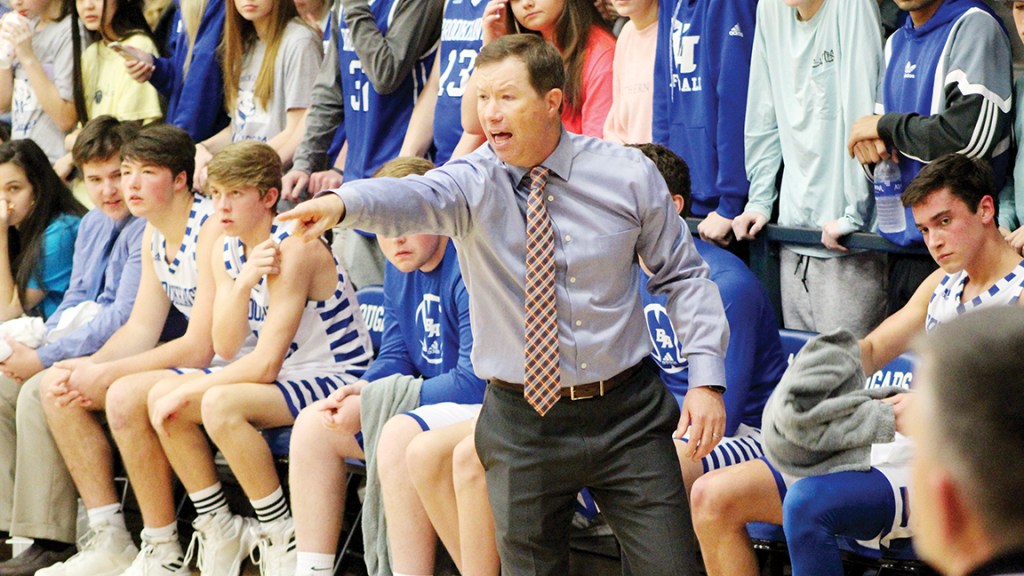 It’s a lesson that Josh Watts learned from his Daddy — you don’t ever talk about how good your team is going to be before the season begins. A key player could get hurt or maybe the best shooter on your team breaks up with his girlfriend and goes into a nosedive. They are teenagers, after all.

Watts wouldn’t say it aloud, but before the first tip off of the season, he knew this would be a special year for his Brookhaven Academy Cougars. The season ended with BA hoisting the MAIS AA State Championship for a second straight time and now finishes with Watts being named The Daily Leader All-Area Coach of the Year.

Watts and his team won the state championship after a dominating season in which they finished 32-4. The previous season BA went 35-2 and won the state title on their home court. This Cougar team was different than its predecessors though. Like his father before him — longtime BA head coach Dale Watts — Josh wants his team to guard their opponent above all else, but this team was allowed a longer leash offensively.

The senior trio of Cade Brown, Dawson Flowers, and Tanner Thurman played for Watts since he began coaching BA in 2014. They knew exactly what type of shots their coach liked and the types he didn’t. The team received a boost when senior Sean Beard transferred in from Baton Rouge during the summer. The athletic Beard could pull it from deep and paired well with Thurman on the other wing. Point guard Britton Nelson is another piece of the team that has grown up playing for Watts first in junior high and then in high school. The bench had the added depth of the Fortenberry brothers —Tyler and Trey — a pair of big bodies that Watts could plug into a variety of spots.

The team, the program, and the school are in much better shape than the situation Watts inherited in August of 2014. His father had left for Columbia Academy in the spring of 2013 after winning seven state titles in 19 seasons at BA. Kyle Ray had replaced the elder Watts and coached the team for one season but stepped down from the position late in the summer before his second year.

With no head coach and classes starting, BA was able to lure Watts into taking his first head coaching job at his alma mater. Josh has worked for Dale in their Tennessee Walking Horse business since graduating from Southern Miss and had also worked as an assistant for his Dad.

The early years were a learning experience for Watts and his players, but the Cougars broke through two seasons ago when they upset Starkville and Leake Academy to make the finals of the AAA state tournament. They lost to Hartfield in the championship game, but the seeds for future success were already being sown as Brown, Flowers, and Thurman were all sophomores on that team.

The old AA division is no more as the MAIS has reshuffled their entire classification system beginning with 2019-2020. The Cougars will be members of the 4A classification next year, but regardless of that and regardless of the sting of graduating four talented seniors, expect Josh Watts to have BA right back in a title hunt again next season.