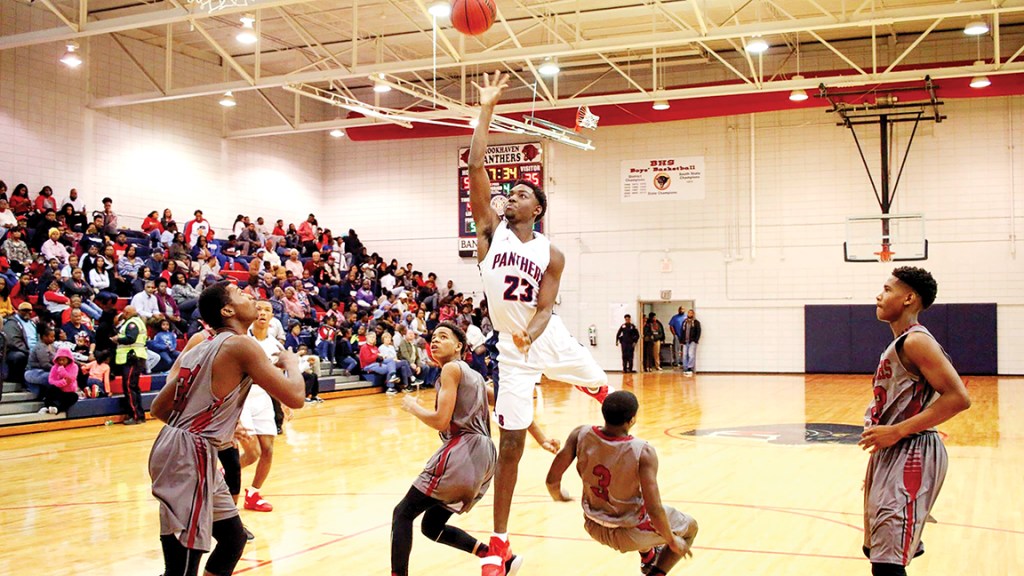 The Brookhaven High Panthers were back where they belong in 2018-2019 as they returned to the MHSAA 5A State Playoffs after missing the postseason last season. The revitalization of Panther hoops went hand in hand with the outstanding play of senior forward Lafollette Bogan. For his efforts Bogan has been named The Daily Leader All-Area Most Valuable Player.

The 6-foot-3 Bogan averaged 21.8 points, 6.1 rebounds, 1.7 steals, and 1.6 assists per game for coach Marcus Flippin and the 21-8 Panthers. Bogan turned up his production in region play as he scored 30 points in a six-point win over division foe Natchez late in the season. In an elimination game in the first round of the region tournament Bogan scored 34 points on 15-for-21 shooting to lead BHS to an 81-64 victory over Wingfield. He scored a season high 41 against South Jones and averaged 20 points per game a playoff win over West Jones and a season ending loss at Long Beach.

Bogan had led the team in scoring as a junior by averaging 16.6 points per game, but the Panthers finished 12-17 and failed to win at least 20 games in a season for the first time since the 2012-2013 campaign. A recommitment to playing team basketball was the key for the improvement this season in the second year under Flippin.

The Panthers had well defined roles that they embraced playing together as one. Duke Thrasher handles the ball at the point, Jermario Hersey provides athleticism on the wing. Axavian Jones, Kadarius Wells, Isaiah Wall, and John Hilbert came off the football field and gave the squad a shot of physicality. Bogan rebounded, scored, made free-throws, guarded larger players, and did anything his team needed of him.

He was at his best with a defender on his hip and as he used his body to shield his man and drive into the paint. There is a James Harden aspect of his game that Bogan uses to draw fouls with consistency. He easily led the team in free-throw attempts with 113 during the season.

Bogan now moves on to Southwest Community College where he has signed a letter-of-intent to play next season for the Bears.