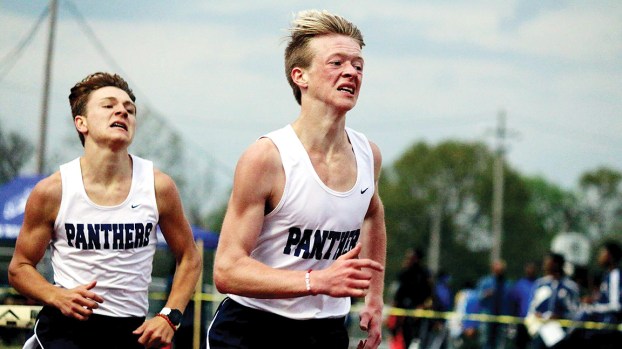 Photo by Terri Mabile Jacob Britt of Brookhaven High runs closely behind his teammate Grayson Childress Friday in the BHS Invitational. Childress won the 1,600-meter race with Britt finishing in second place. As a team the Panthers finished in second place overall. 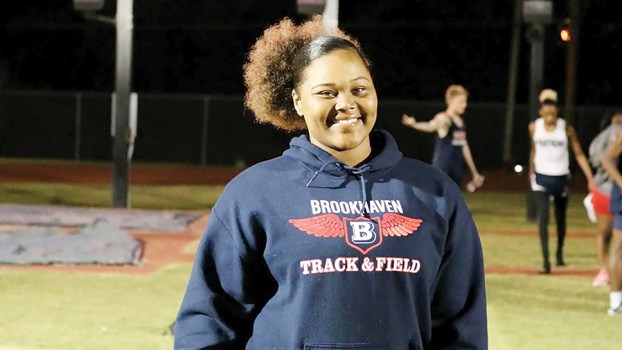 Photo by Andrew Knott Brookhaven High sophomore Ah'Menya Rancifer dominated the throwing events at the BHS Invitational Friday. Rancifer won the discuss with a toss of 92.01, which was 18 feet ahead of the second place finisher. She also won the discuss as the Lady Panthers won the team competition at the meet.

The Brookhaven High Lady Panthers added another trophy for their case this weekend after winning first place in the BHS Invitational. The BHS boys’ team finished in second place in the team competition. The Panthers will next run Friday in the Pearl Invitational, which is their final meet before the post-season.

Miyah Miller captured first place in the 1,600-meter finals and her teammate Ellie Slay grabbed second place for BHS. In the 3,200-meter race, it was Gracie Gray and Bailey Pounds in the top two positions, respectively.

The 4×800 relay team of Miller, Pounds, Slay and Ayanna McNairy captured first place. McNairy also won first place in long jump and second in triple jump. BHS was second in the 4×400 and 4×200 relays.

Sophomore Ah’Menya Rancifer dominated the discus with a throw of 92 feet. Her closest competition was 18 feet shorter than her. Rancifer also won the shotput competition.

Grayson Childress won the 1,600-meter run for the Panthers and was followed by teammate Jacob Britt in second place. Jake Thompson won the 3,200-meter race as Britt and Childress finished in second and third place, respectively. Britt also finished as runner-up in the 800-meter and Leondre Dodds from Loyd Star finished third.