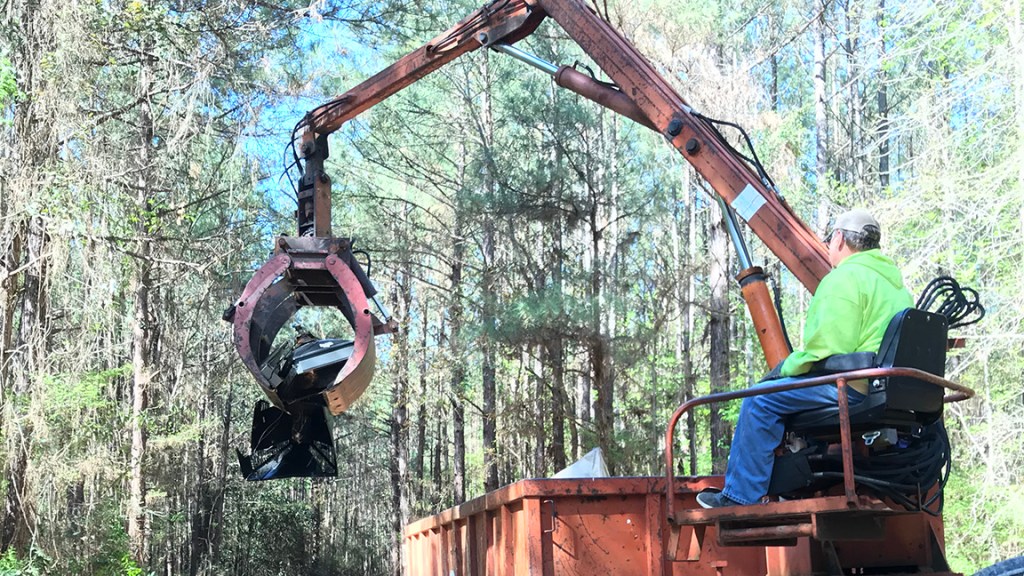 Dumpster Days are underway and organizers are expecting tons of rubbish to fill the huge bins that will be set up in District 1 today through Saturday for the Great American Cleanup.

The dumpsters will rotate through the districts — over five weekends — through May 2-4.

The annual Great American Cleanup helps combat litter and illegal dumping by allowing residents to get rid of old furniture, broken and out-of-date appliances and other hard-to-dump items for free at designated locations.

The bins will be in District 1 at Jack Morris Butane at 1033 Hwy. 84 East today through Saturday; in District 2 on Industrial Park Road at the old Keystone ball fields on April 11-13; District 3 at Shell Truck Stop at exit 30 on April 18-20; District 4 behind West Lincoln Grocery on April 25-27; and District 5 at Case Grocery in Loyd Star on May 2-4. Residents can dispose of rubbish at any of the five sites.

Supervisors voted in February to keep the collection to just three days instead of four by eliminating Sunday drop-offs.

Crews will be available from 7 a.m. to 7 p.m. daily to oversee the trash drop-off, Knight said.

“Help is limited so expect to unload your items you bring,” he said.

The disposal event is open to any resident of Lincoln County.

“The city has five chances to dispose of unwanted items through the county’s Keep Lincoln County Beautiful grant,” said Brookhaven Alderwoman-at-Large Karen Sullivan. “I hope our citizens will look around their neighborhoods, their homes and their own yards and conduct a huge spring cleanup while we have the convenience of free disposal.”

Knight said the dumpster area will be under surveillance after hours to prevent individuals from dumping on the ground, throwing paint and leaving tires in dumpsters as they did numerous times last year.

He said people were “creating problems and disrespecting the landowners’ property” and could face prosecution if they are caught doing it this year.

The disposal event is possible through a grant from the Mississippi Department of Environmental Quality, which calls for certain restrictions.

Only non-hazardous, residential rubbish is allowed. No commercial items will be accepted.

Non-commercial tires are allowed, but are not to be placed in the dumpster, he said. Tires are collected together in a spot separate from the dumpster area.

Knight is asking that individuals to refrain from scavenging items that have been tossed. Only those who are disposing of items during working hours are allowed to be in the dumpster area, he said.

County crews will be available to help with a crane if needed, as long as the weather allows. It won’t be operated if it’s lightning, he said.

“If you need the crane to assist, your vehicle front end needs to be facing the same as our crane truck front and the load needs to be close enough to grab. This prevents loads from being picked up over your vehicle as something could fall out and damage your vehicle or injure you,” he said.

He also asks that nails and screws be placed in a suitable container for disposal to avoid causing flat tires to others’ vehicles.

“Also, secure your loads to prevent littering our roads on your way to the cleanup,” he said.

Other suggestions from Knight:

• Separate your metal from the trash as it saves time disposing of them.

• Do not bring household garbage such as food and diapers.

• Do not bring construction items that should be disposed of by your contractor.

• Be patient and expect lines.