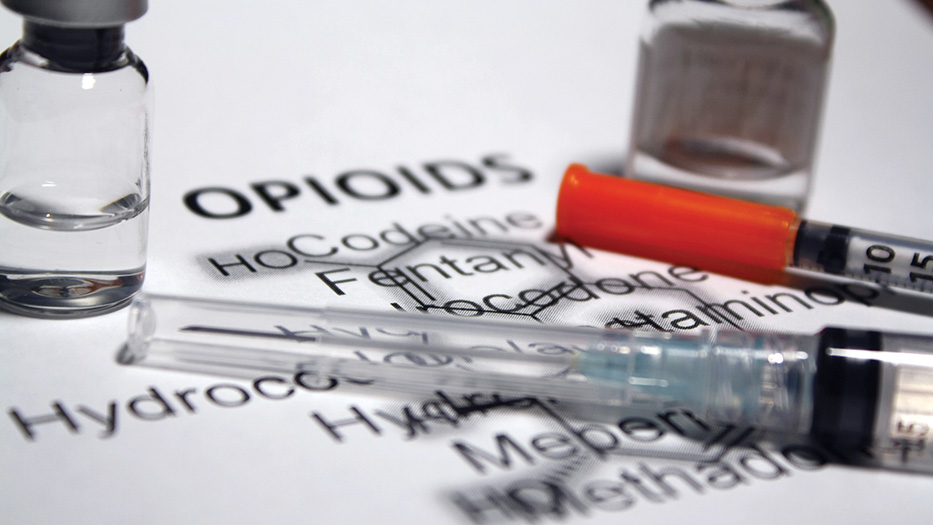 Lincoln County’s lawsuit against a long list of opioid manufacturing and distribution companies for what it describes as negligence, public nuisance, racketeering and corruption continues to make its slog through the federal court system.

Talk of a bankruptcy filing by one of the largest of those companies has created uncertainty among plaintiffs.

Lincoln County is suing more than 20 companies its lawyers say should pay for law enforcement costs associated with the opioid epidemic, as well as expenses associated with addiction, education and the establishment of treatment centers.

Across the nation, cities and counties have faced rising costs associated with the epidemic. The CDC says a record 47,600 people died after an opioid overdose in 2017.  That’s more than died from AIDS in the U.S. in 1995, the peak of that epidemic, and more than the 37,000 people killed in vehicle crashes in 2017. The Mississippi State Department of Health said Mississippi and other southern states have the highest rate of prescriptions for the drugs.

In Lincoln County, for example, more than 40,000 prescriptions for opioids were filled in 2016. The county has a population of about 34,500.

“That’s a really good barometer of just how big the problem is,” John Dowdy, director of the Mississippi Bureau of Narcotics, said.

“Those guys (companies) have an obligation under federal regulations to monitor the distribution of these drugs,” Brookhaven attorney Will Allen said about drug companies. He is Lincoln County’s attorney on the suit and is representing several counties in the state. “They’re supposed to be looking for mass-quantity shipments, frequent shipments, so they can control the amount of these opioids that get out into the public. You can look at any of the papers in the state and see there’s a very big problem with opioid abuse.”

The judge overseeing the hundreds of similar lawsuits that have been grouped together has pushed aggressively for settlements. But the possibility remains that Purdue Pharma, one of the companies in Lincoln County’s lawsuit, files for bankruptcy protection from creditors, including plaintiffs like Lincoln County. Purdue made billions selling the painkiller OxyContin.

“As the company has stated, it is exploring and preparing for any number of eventualities and options, given the amount of litigation the company currently faces,” Purdue Pharma spokesman Robert Josephson said in an email to The Associated Press. “A decision has not been made to file for bankruptcy, nor is there a timetable.”

Such a move has been seen as a strong possibility as the privately held company hired an executive and consultants that specialize in helping companies restructure in the past year. Bankruptcy proceedings would likely pause the ongoing litigation, at least for Purdue.

Allen said bankruptcy is not a concern for him at this point in the suit.

“If they do file bankruptcy, that will make this even more complex and will add additional time to get them to trial,” he said.

Should the county receive funds in a settlement or trial, they will be marked for specific opioid-related expenses.

“It’s not going to be a big pot of money the county can put in its general fund to fix roads and bridges. It’s going to need to be used for related opioid issues,” he said. “It can be used in law enforcement, it can be used to pay medical costs. But it’s not a pot of gold at the end of the rainbow.”

Allen said this week that the suit remains in the discovery phase.

In Lincoln County, the sheriff’s office ends up paying the costs of housing, transporting and treating opioid addiction patients.

“It’s not like picking up somebody for a DUI, where you can let them ride it out in the jail and, two days later, they’re sober,” Allen said. “These people have to have medical attention, and we have to provide that.”

Lincoln County Sheriff Steve Rushing said the county jail houses individuals who are involuntarily committed to alcohol and drug treatment programs until a bed at those facilities opens up. Sometimes that can take up to 30 days — at a cost of $35 per day — and the number of those patients cycling through the jail is rising, he said.

“I can’t say specifically it’s because of opiates, but nine times out of 10 it is,” he said. “That’s the drug of choice right now. I think it’s just because of the ease of getting it — it’s so prevalent now. And it hits all aspects of life, from high society to low society. This is not a street-corner drug.”

John Douglas, coordinator for the 14th District Drug Court, said the abuse of prescription opioids is so widespread because users who obtain the drugs legally don’t believe they have a problem.

“The perception of it seems to be the problem,” he said. “They’ll say, ‘I can’t be a drug addict. It’s all authorized, all good, all clean, all scientific.’ A lot of the times, that’s the issue.”