No. 9 Lady Wolves split with No. 14 Itawamba 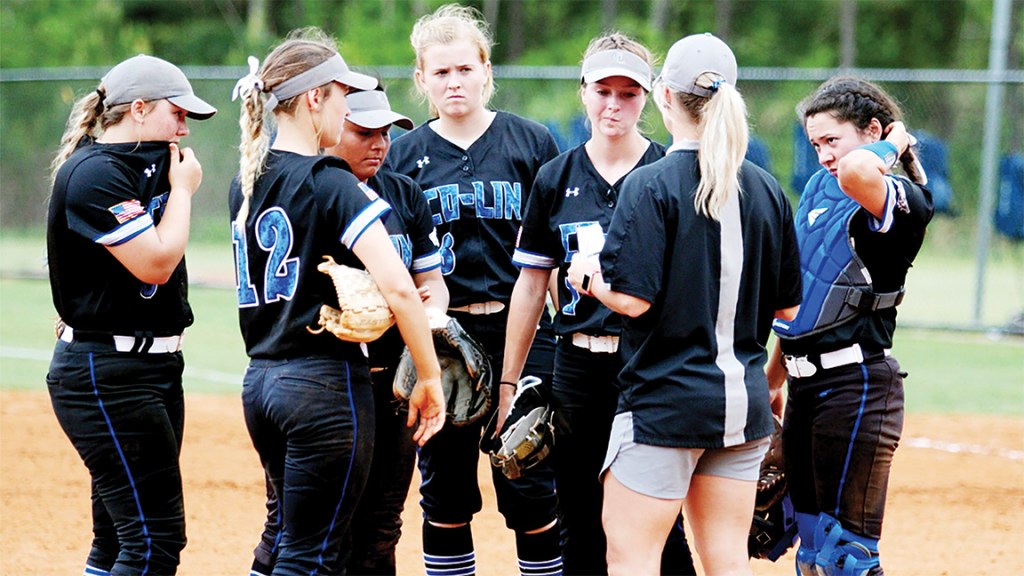 Photo by Co-Lin Sports Information The No. 9 Copiah-Lincoln Lady Wolves split a doubleheader Sunday with No. 14 Itawamba. Co-Lin is on the road Wednesday at Meridian and Friday at Northwest.

The Copiah-Lincoln Community College Lady Wolves had an impressive bounce-back Sunday afternoon as they fell in the opener 7-0, but rallied to defeat the Indians 4-3 in the nightcap to earn the split.

The loss and win move Co-Lin to 19-6 overall and to 8-4 in MACJC play. Sunday’s loss was the Lady Wolves first home loss of the 2019 season. Co-Lin is on the road Wednesday, as the Lady Wolves take on the Meridian Community College Lady Eagles. Game one starts at 3 p.m.

The Lady Wolves could not get anything going in the opener as the Indians held Co-Lin hitless until Callie Fortenberry finally broke out a single in the bottom of the seventh inning.

ICC built their lead with a run in the top of the first, second, and third innings, before breaking it open 7-0 in the fourth with a four-run frame of two RBI doubles and an RBI single.

Kaytlon Ward took the loss for Co-Lin in the circle as she threw the entire game, allowing nine hits and seven runs while striking out one.

Olivia Burns was credited with the victory for Itawamba. She allowed one hit and zero runs over seven innings, striking out six and walking one.

The second game of the doubleheader was a pitching duel for the first three innings as neither team could plate a run. Itawamba finally broke the scoring drought in the top of the fourth with a solo homer to take a 1-0 lead.

In the bottom of the frame, Harmoni Ashley drew a leadoff walk, followed by another from Delaine McMillan. Ky’Albri Washington came in to bat and cranked her first collegiate home run, a three-run shot to left. The big swing not only put Co-Lin on top 3-1, but also lit up the crowd and the Lady Wolves’ dugout.

Ashley drove in a run in the bottom of the fifth off an RBI single up the middle that plated Marley Poole who reached base on a walk. The run grew the Lady Wolves lead to 4-1.

Itawamba got two back in the sixth after an error allowed a run to score and a sacrifice fly scored another.

In the top of the seventh, the Indians got two base runners aboard. The tying run rounded third on a blooper to left field, but a throw from left fielder Katelyn Hayman to Julie Scheuermann halted the run and secured the third out.

Mackenzie Gros earned the win in the circle. She allowed six hits and three runs over seven innings.

Ashley, Washington, Carly Polk and Kelsey Mobley all posted one hit to lead the team, while Washington’s three RBIs were a team-best.