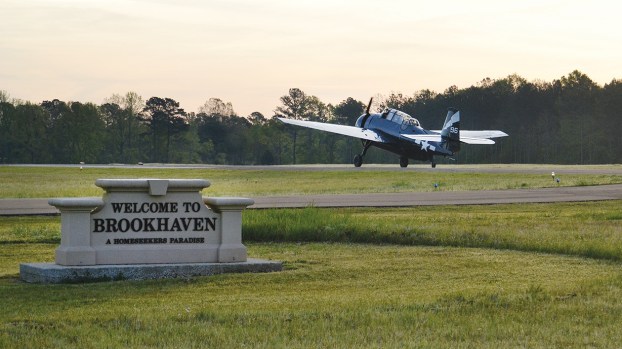 Photo by Donna Campbell Local pilot Paul Barnett taxis a 1945 Grumman TBF Avenger recently prior to take off at the Brookhaven-Lincoln County airport. 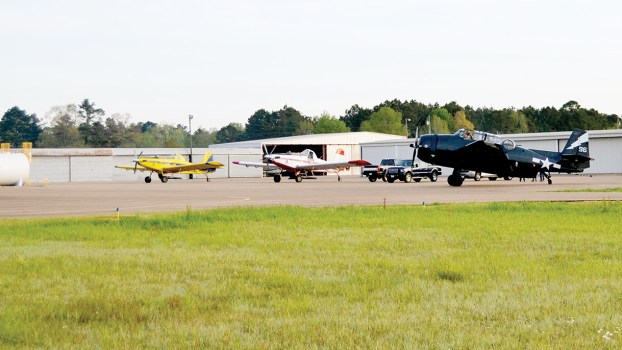 Photo by Donna Campbell Airplanes sit upon the tarmac prior to early morning pre-flight checks recently.

With the “lowest and best” bid on a $600,000 general obligation airport note awarded, the city is on its way to the first of many improvements in a $12 million airport plan.

The Brookhaven Board of Aldermen recently accepted a 2.97 percent bid from Pike National Bank for the GO bond, which will bring interest charges of $54,945 over a five-year repayment plan, said Brad Davis, special counsel with the Jones Walker LLP public finance team. Out of five bids received, Pike National was the lowest and best based on lowest debt interest cost, he said.

Davis expects to put the money in the city’s hands by May 1.

The board voted 5-0 Feb. 12 to approve a $12 million capital improvement plan at the Brookhaven-Lincoln County Airport that will cover additions and renovations over the next two decades. They voted to borrow the $600,000 on a five-year note to begin design and bidding on a strip hangar. Ward 2 Alderman Shannon Moore and Ward 3 Alderwoman Mary Wilson did not attend the Tuesday afternoon special-called meeting.

The airport, constructed in 1967, includes a 5,000-foot asphalt runway that is 75 feet wide. The airport sees 9,500 operations annually. Each landing and takeoff counts as an operation.

The 20-year plan is designed to take what’s there and either relocate it or replace it to allow for optimum use of the property and facilities. The fuel farm — two 10,000-gallon tanks — is in the way. The plan calls for a new strip hangar to be built to replace the older hangars made of block and sheet metal. And with the old hangars gone, the fuel farm can be moved.