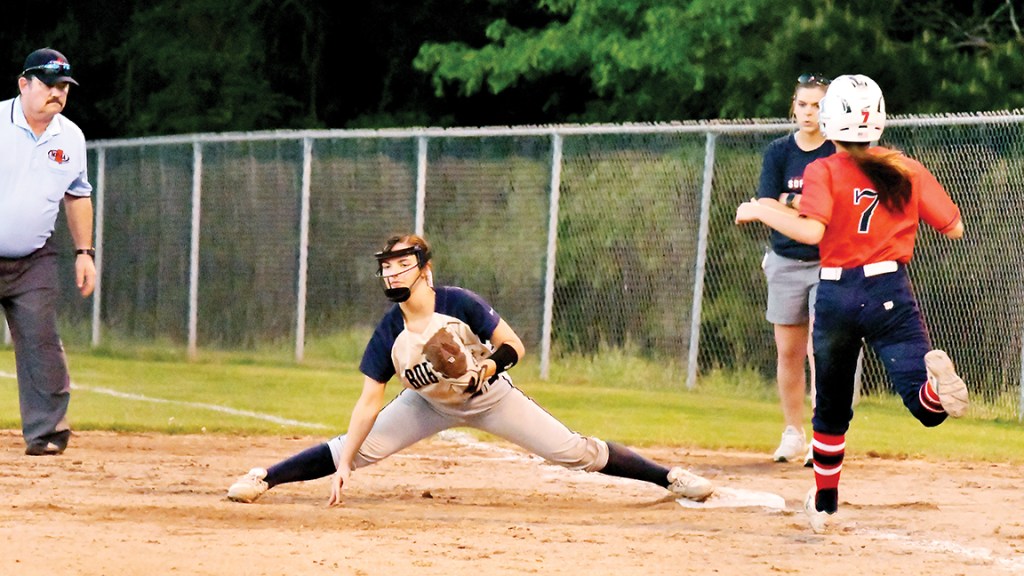 Here’s a roundup of area softball games from Tuesday night.

A four run third inning would put Bogue Chitto (12-6-1) ahead Tuesday as they ultimately captured a 6-3 win over Brookhaven High (10-11-1) on Senior Night at BC.

The Wesson Lady Cobras (16-2) made it five wins in a row with a 10-0 win over Franklin County Tuesday. Coach Michelle Nunnery and her squad look to wrap up a perfect division record tonight when they play at Port Gibson at 5 p.m. in their final Region 7-3A game of the season.

Laney Crapps picked up the win in the circle with five strikeouts, one walk and three hits in five innings. Anne Claire Crowe led the 11 hit offensive attack by going 4-of-4 with three RBIs. Shelby Maxwell had two hits and Catherine Wilson, Katie Mcsweyn, Bre Westbrook, Shaylin Green and Crapps all also hit safely. Wilson batted in three runs and Crapps had a pair of RBIs.

The Lady Cobras will finish the regular season next week with games against West Lincoln and Bogue Chitto.

Coach Marc Howard and his Lady Cougars (14-5) suffered their first region loss of the season Tuesday when Purvis topped them 8-5 in a Region 7-3A contest. The loss was a third straight for LC after losing 11-6 to Wesson and 8-7 to Raleigh at the Loyd Star Invitational Saturday.

Purvis scored two in the top of the first and saw LC comeback to take a 4-3 lead after three innings. The Lady Tornadoes broke the game open with a five run fourth inning as they outhit LC 10-6. The Lady Cougars beat Purvis 13-4 the first time the two teams played on March 26.

Holden took the loss in the circle after surrendering seven earned runs on 115 pitches over seven innings. Holden struck out five and walked three. LC ends region play tonight at Poplarville and plays at BHS Friday. They’ll conclude the regular season next week with games against Franklin County and Loyd Star.