Panthers sweep 6-5A Track and Field 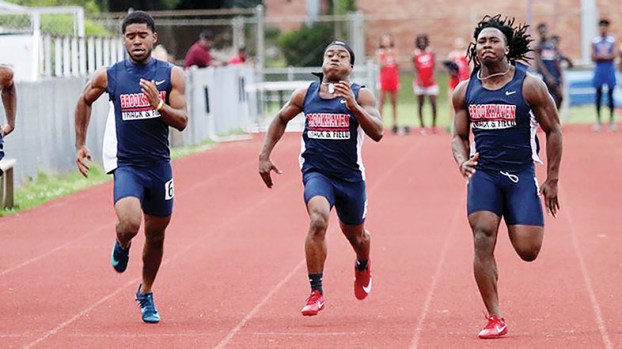 Photo by Terri Mabile Pictured are, from left: Don Blandon, Davion Smith and JaQuarius Edwards race to the finish line in the 100-meter dash for the Brookhaven High Panthers. Edwards finished first, Blandon second and Smith third in the race for BHS. 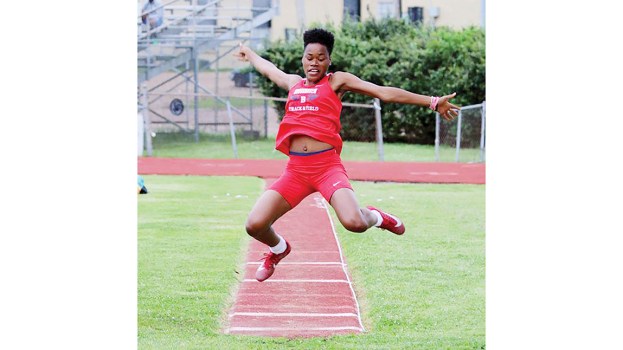 Photo by Terri Mabile Ayanna McNairy takes flight in the division track meet for the Brookhaven High Lady Panthers. As she has done all year, the junior jumper finished first in the long and triple jump for BHS.

The Brookhaven High School Panthers cruised to the girls’ and boys’ championships in the Division 6-5A Track Meet on Hughes Field April 12. Coach Darion Dorsey and his team are back in action Tuesday in the Region 3-5A Meet at Hughes Field.