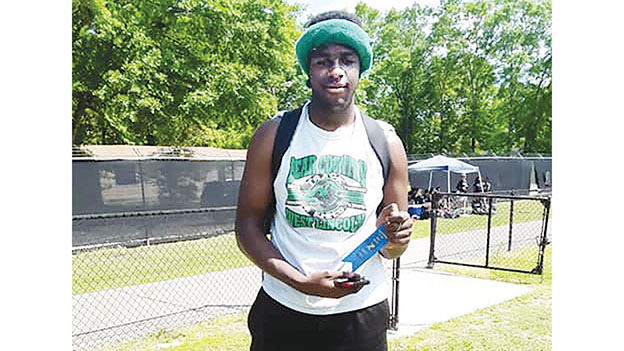 Photo submitted West Lincoln junior Keshon Byrd finished first in the shot put and second in the discus in the Division 7-2A track meet for the Bears.

Members of the Loyd Star and West Lincoln track and field teams recently competed in the Division 7-2A meet at Hattiesburg High School.

Leondre Dodds of Loyd Star won the 800-meter run for the Hornets.