Jackets, Hornets on to next round in playoffs 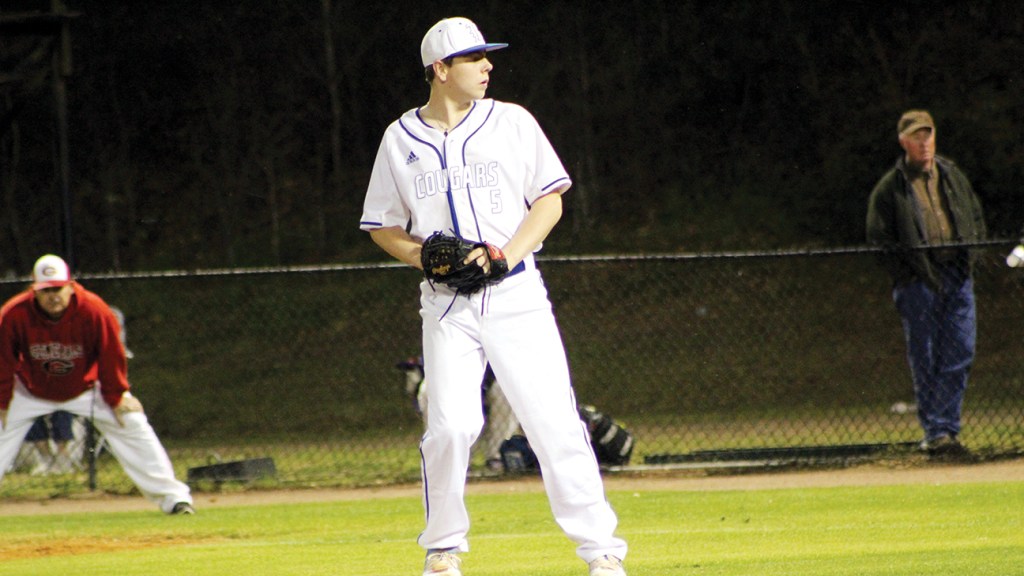 Photo by Cliff Furr Brookhaven Academy sophomore Collin Waldrop and the Cougars play on the road tonight in Monroe, Louisiana, against the River Oaks Mustangs at 6 p.m. The Cougars will host game two Friday on their home field at 5 p.m. If game three is needed it will be played after game two.

Here is a look how area high school baseball teams faired in playoff action this weekend.

EAC and LS pull out brooms

As expected, the Enterprise Yellow Jackets and Loyd Star Hornets didn’t meet much resistance in their first-round matchups.

Saturday Enterprise (13-6-1) played two against Richton and beat the visiting Rebels from Perry County 9-3 and 10-0. In game one the Jackets outhit Richton 10-6 as senior Landon Gartman struck out 12. Hunter Richardson hit a home run and Austin Fugler added a pair of doubles as EAC went up 3-0 after the first inning to take control of the game.

In game two Fugler struck out 14 as Enterprise only needed five innings to wrap up the series. The Jackets are on to the second round where they’ll face Taylorsville (22-8). Taylorsville swept Puckett in their first-round matchup.

Thursday Enterprise will travel to Taylorsville for a 7:30 p.m. first pitch. Game two will be at Enterprise on Friday at 7 p.m. If game three is needed it will be played at Taylorsville.

Loyd Star (14-8) whipped Collins 17-2 Friday. Dane Smith picked up the win on the mound for LS and Logan Smith led the Hornet offense with four RBIs. Smith homered and doubled. Reese DeHart and Rials Hester also doubled for coach Jared Britt. Monday the Hornets ended the series with another big home win over Collins, 15-0. Loyd Star now moves on to play Enterprise-Clarke in a series that will begin Thursday at Loyd Star.

Coach Gareth Sartin and his Bogue Chitto Bobcats (10-12) saw their season end Saturday after St. Patrick completed a sweep with a 14-1 win. The Fighting Irish had won 16-3 Friday in game one.

The Bobcats got hits from Bryce Langley, Brandon Welch and Felder Sartin in game one. Sartin had an RBI and Welch had two for the Bobcats. In game two Bryce Langley and Colton Bales hit safely for BC.