Cobras on to 2nd round after beating Franklin Co. 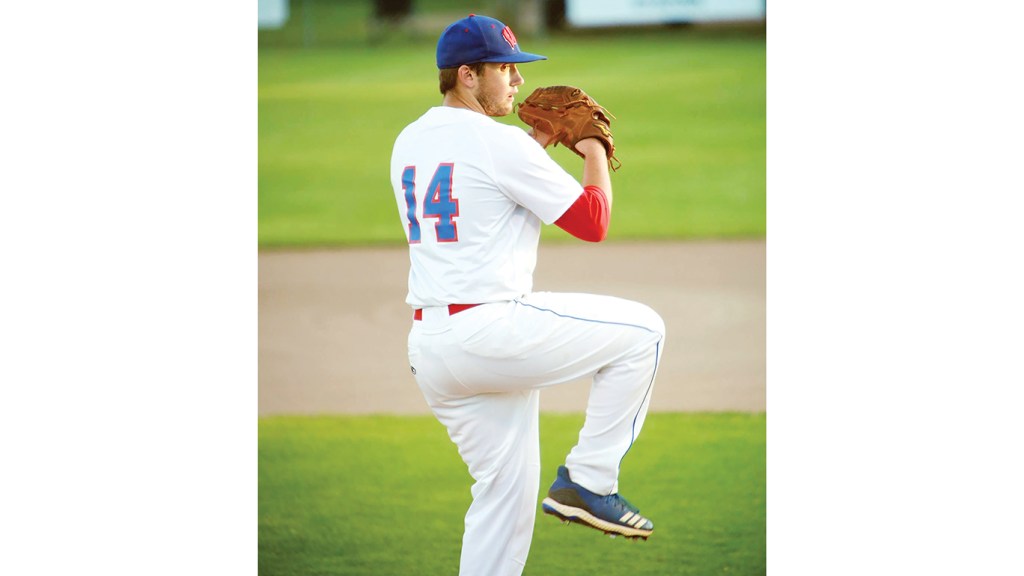 Photo by Ann Clark Wesson senior pitcher Will McInnis and the Cobras are on to the second round of the MHSAA 3A state playoffs after beating Franklin County two games to one in their opening round series. Wesson hosts Choctaw Central in the second round Friday at 6 p.m.

The Wesson Cobras (16-10) went to Meadville Monday needing one win to move on to the second round of the 3A state playoffs. The Bulldogs made Wesson work for it by winning the first game 4-1, but the finale was dominated by the visitors from Copiah County as coach Seth Lofton saw his squad take an 8-1 series clinching win.

Wesson had won game one of the three-game series Saturday with a walk-off 9-8 victory on their home field.

In the first game Monday the Bulldogs jumped out to a 4-0 lead after the first inning and cruised to the win. FC pitcher Wyatt Brumfield held the Cobras to only three hits while striking out five on 97 pitches. Kenner Bizot went the distance for Wesson and struck out four while giving up zero earned runs. The Cobras committed four errors in the loss. The lone Wesson run came in the third inning and was driven in by Will McInnis.

In the deciding game the Cobras smacked the ball around for 12 hits. Junior pitcher Aarron Mooney was masterful on the mound as he held Franklin County to two hits and struck out eight over seven innings.

Wesson got two more runs to go up 4-0 in the third when Lowery hit a solo home run and Guess roped an RBI double. Bizot put the game away in the top of the fourth with a three-run home run that gave Wesson a 7-0 advantage. A McInnis RBI single in the seventh was the final Cobra run.

“Mooney battled and I’m very proud of how he competed on the mound,” said Lofton. “For whatever reason we weren’t ready for game two, but we took a much better approach at the plate in game three and it showed. We were also able to execute defensively in game three much better.”

The Cobras will face Choctaw Central (14-9) in the next round. The Warriors advanced after sweeping Raleigh. Friday the school will play game one at Wesson beginning at 6 p.m. Game two will take place at Choctaw Central in Neshoba County at 2:30 p.m. Saturday. If needed game three will follow game two.